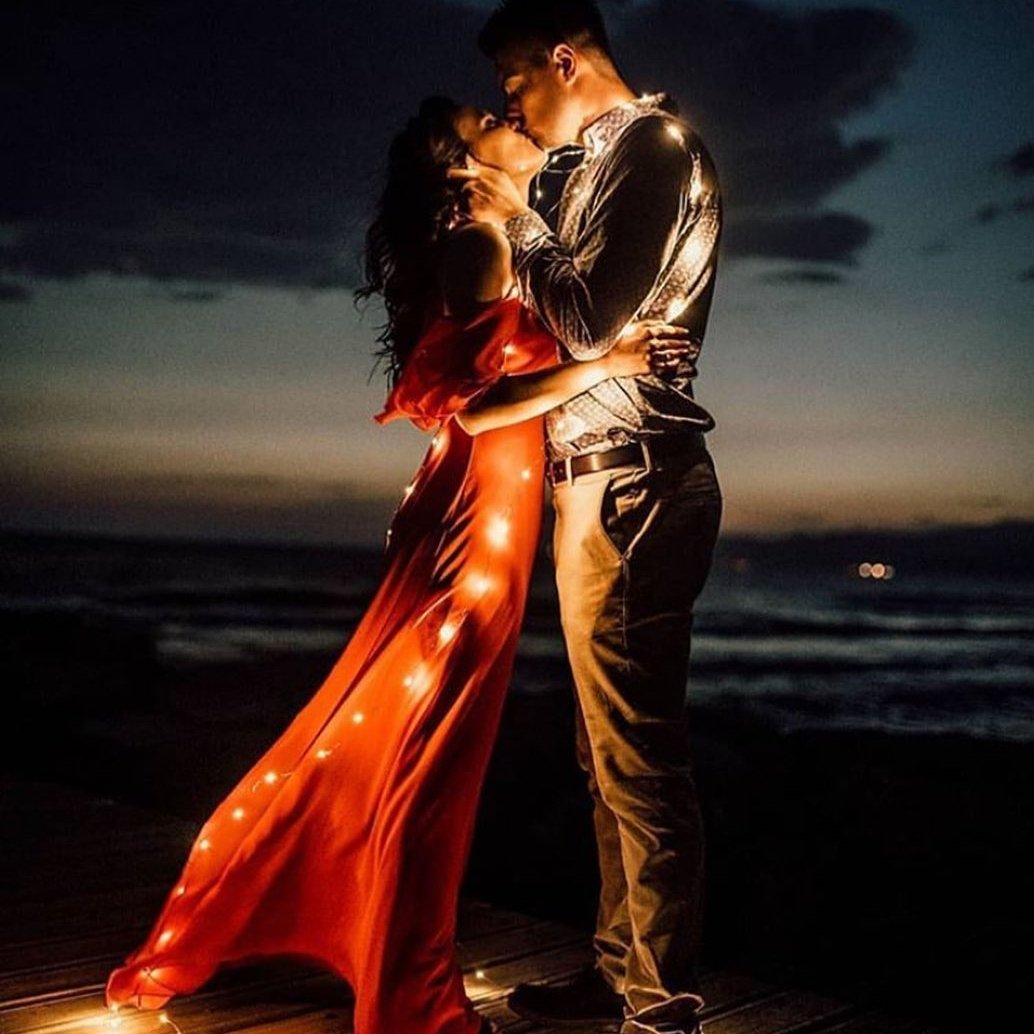 A look can tell you everything you’ve ever wanted to ask. Think about the glances you’ve exchanged with him in the past. Do you hold eye contact for extended periods of time? When you do, is he just staring absentmindedly or is he smiling or making a silly face? One of the ways to tell if he wants to ask you out is by truly believing that the eyes are the window to the soul. Another tip: see if you can catch his pupil’s dilating when he first looks at you--that’s an involuntary sign of attraction.

When you talk about a movie you want to see, does he go on and on about how he wants to see it as well? If he does this often, he may be hinting at taking you along with him. Some guys are shy, so they try to see how you feel before making a move. The next time he does this, suggest that you could go together, and see his reaction.

Does he always ask what your plans are for the weekend? If you keep telling him how busy you are, then he’ll assume he doesn’t have a shot with you. Try saying that you’re not sure what you’re going to do Saturday night, and see if he takes the bait.

Does he hang out with you for hours, even though he has other things to do? Does he keep texting you through the night, even though he claims he’s incredibly tired? Yes, he could just be irresponsible. But he could be totally into you. Sleep is amazing, so if he chooses you over it, then there’s definitely sparks.

If he heard you were hanging out with another guy, he might ask you how it went. While it could be a genuine question, he’s probably wondering whether or not you two are an item. Even if he’s dying to ask you out, he’s not going to do so if he thinks he’s overstepping his boundaries. If he thinks you’re in a relationship, he’s going to consider you off limits.

If you're around his friends often, then notice how they treat you. If he likes you, then he's probably told them. In order to help him out, they might talk him up, and brag about him. They might even be the ones asking if you're single. If he's not giving away any signals of interest, you might be better off seeing if his friends are a little more obvious.

This can be hard to pinpoint, but it's a clear sign that he's interested in you. If he treats your friends, acquaintances, and peers differently than he treats you, then that means he feels differently about you than he feels about them. It's a green light, ladies!

If you feel like a man is on the verge of asking you out, but just doesn't have the guts, then you can make the move yourself. Girls can do anything guys can do, right? So are you ready to be brave, and ask him out instead?