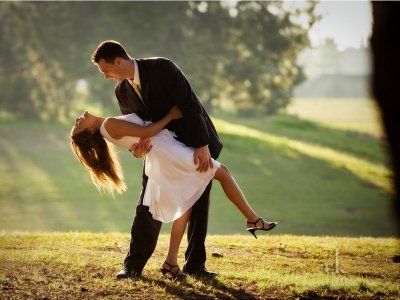 One of the earliest ways to tell if your relationship is the real deal comes when you meet someone, and you just click. You can’t explain it, but somehow there’s a connection on every level. Mentally, physically, emotionally, and whatever else something-ally that’s important to you. It’s very, very rare that people come across a connection that they can’t put into words, because those kinds of connections are felt with your soul. I remember watching an interview with Angelina Jolie once, explaining the connection she felt with Maddox, her first child and the first child she ever adopted from Cambodia. Some things in life require no logical explanation; it’s just something that’s felt.

I’m not one to trust easily, or open up to anyone. This goes for everyone, not just romantic relationships, but friendships as well. We all have reasons to guard our heart; it’s natural and biological, and survival of the fittest, after all! Yet when I met the guy I’m with now, all those walls somehow ceased to exist. I felt safe, I felt I could trust him, and the beautiful part was that it felt completely natural. One of the most important and crucial ways to tell if your relationship is real comes with the trust that you have for each other. It must be a default setting: trust before anything else.

3. You Feel It in Your Head and Your Heart

This is a common point when it comes to those articles about ‘The One,’ but that’s because it’s true! One of the most natural ways to tell if your relationship is the real deal comes when your head and your heart both agree. It’s simple, it’s intuition, it’s your gut feeling, and it’s that little voice that you listen to. You know a relationship is the real deal if you feel it, truly, on every level possible. There’s no other way to describe it!

You know how they say you’re the sum of the five people closest to you? Well your friends know when you’re happy, and they know you better than you think half the time. I’ve had my friends say certain things to me about where they think our relationship is heading, and a mass majority of them have only really met him once! One of the best ways to tell if your relationship is the real deal is by your friends, crazy as it may sound. We always have that one friend that says ‘I told you so,’ right? If they’re all saying it, and you agree with it, chances are this is it, darling!

5. You Realize All Things Said about Love Are True

I read a quote somewhere once that said something like, ‘if there’s one thing I know about love, it’s that everything ever written about love is true.’ At the time, I didn’t fully understand what the person meant, but now I do. When you’re with someone that may not necessarily be the right person, chances are you take a look at all the negative quotes, and the cute, lovey-dovey things you chalk up to be a crock of bull, because you haven’t yet experienced them. But one of the best ways to tell if your relationship is real comes from your perspective on love. It’s an incredible emotion, and if the relationship and the love in it are true, you’ll be able to understand and relate to everything said about it, the good, the bad, and the ugly!

6. No Secrets Are Kept, Unless They’re Surprises

My boyfriend says this to me all the time. In fact, we’re so honest with each other that at one point he said – ‘I lied to you, but at least I’m honest about it!’ This was in reference to a Christmas present he was surprising me with, which he obviously couldn’t tell me about. But it’s one of the surefire ways to tell if your relationship is the real deal – when there are no secrets kept. Of course it’s always good to maintain a little bit of womanly mystery, but true secrets about the person that you are and your thoughts and feelings, those are meant to be shared with your other half. Both the good and the bad, because darling, secrets always have a way to coming out, and in the worst way possible.

You’ve heard it before: communication is key. You have to be able to talk about anything, even the things that scare you to talk about sometimes. I’m guilty of this, it takes a little prying to get things out of me sometimes, but eventually it does come out because for some reason it’s physically impossible for me to keep anything from my man! This is one of the best ways to tell if your relationship is the real deal, the communication between the two of you. It’s not just about talking, it’s about understanding as well. People in a relationship almost speak their own language; it’s a shorthand, because they know each other so well, they’re able to fill in the gaps in the sentences. This isn’t something you can force; it’s something that can happen only naturally. If it does, then darling, you’re a lucky girl!

Often times, when I talk to married couples they tell me one common thing about their pre-married dating life – none of the other ‘relationships’ they had before were even comparable. That’s how you know someone is ‘The One,’ that’s how you know the relationship you’re in is the real thing. So tell me, what are your telltale signs of a relationship being the real deal?