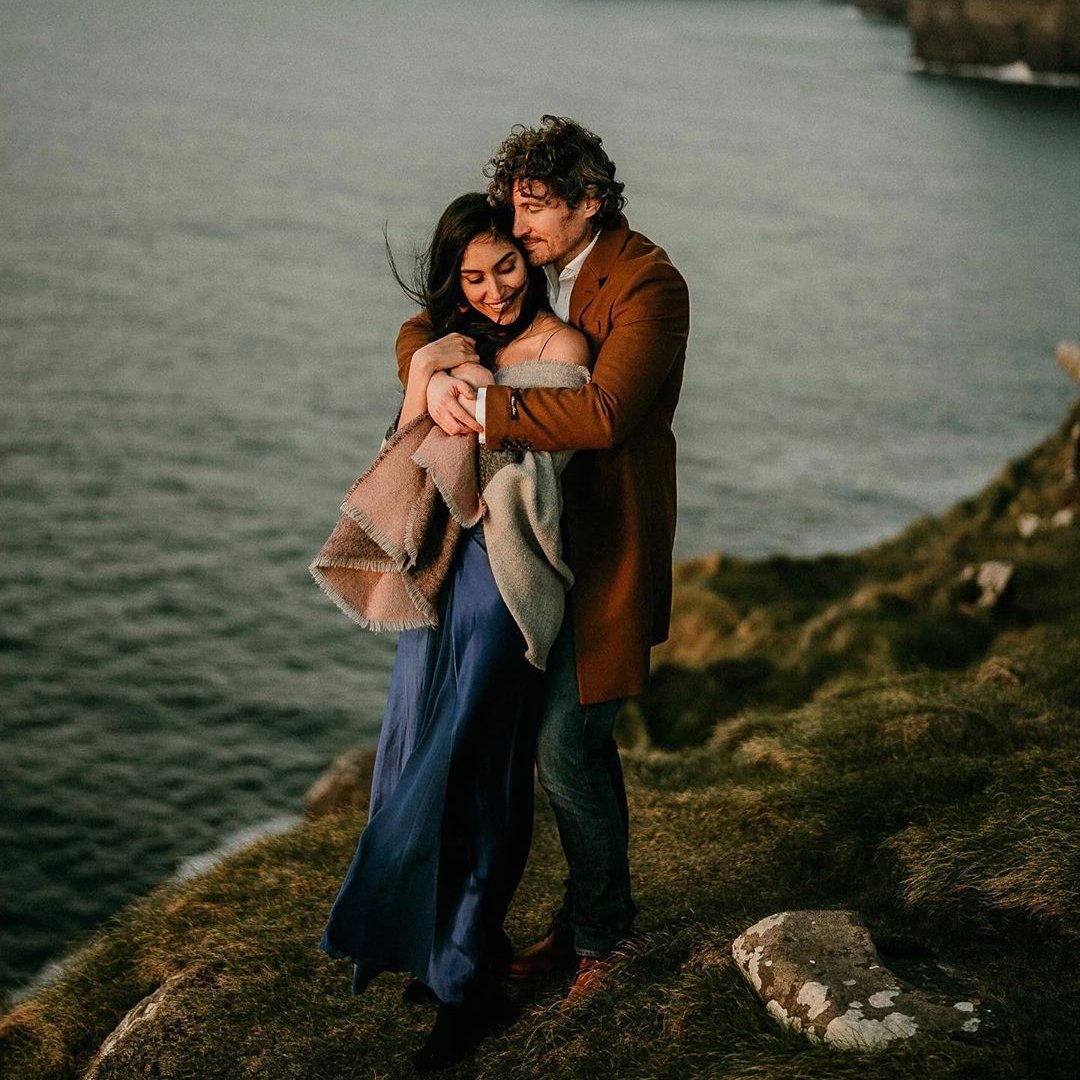 Many people go their entire lives without ever truly knowing love, and there are also many who seem to not appreciate what they do actually have. Is it possible that you, too, have your priorities wrong in your relationship? Are you too busy looking for things to dislike instead of thinking about the things you will miss when he is gone?

1. Does He Have to Look Fantastic All the Time?

It is safe to say there are many ways the advice on this post may be taken the wrong way, and this is one of the points you may misunderstand. Insisting that your boyfriend has to look great/presentable all the time is one of the ways your priorities in your relationship are wrong. If you cannot be seen in public with a guy unless he is dressed and pressed in his finest, then you have some deep-seated insecurities that you need to address, plus it is a sign you are secretly ashamed of him (the same is true if he insists you look your best 100% of the time).

You shouldn’t misunderstand this piece of advice. It is okay if you want your boyfriend to look presentable. After all, who wants to walk around town with a scruff bag? But, does he have to look his best if he is just nipping to the supermarket for milk? Or if your sister is coming around the house?

It is also okay to take pride in the way your boyfriend looks, but there is a thin line between pride in his appearance and control. Feel free to change him if you can, but do not do it because you are insecure.

3. How Often Does He Have to Prove He Loves You?

If you have been hurt in the past, then it may happen again. If you have never been hurt in the past, then you have a nasty surprise awaiting you. The fact is that we all get hurt at some point. You can live with it, learn from it, and move on to be a little wiser and more careful, or you can put your current boyfriend through hell. You can accuse him, check up on him, nag him, tie him down, and you can force him to prove he loves you every week or every day. You can do as you wish, but one day he will meet a woman that will let him breathe, and he will leave you for her.

4. You Can Spend Time Apart without Him Cheating on You

Focusing on cheating is one of the ways your priorities in your relationship are wrong. If you cannot trust your partner, then get out. Do not spend weeks justifying it. Get out, work on your issues, and start again with somebody new. A relationship without trust is like a boat without a rudder (it is going nowhere). It is true that people cheat, but it is also true there is nothing you can do to stop them. You have to trust your partner until he gives you reason not to trust him. Men do cheat, but we seem to forget the men that turn down women that come onto them. We forget the men that love their girlfriends and wives and feel sick at the thought of cheating.

5. Do You Need to Plaster Your Face in Makeup?

Point one pointed out that you shouldn’t “need” your boyfriend to look his best at all times. The same applies to you. If you feel you “need” to plaster your face in makeup to “make” him stay with you, then you have your priorities all wrong. What is more harmful is when you plaster yourself in makeup in order to compete with another woman you think he may leave you for. You can wear what you like and do as you wish with your body and your face, but if you are doing it for fear of him leaving you or because you cannot go outside without it on, then you have your priorities all wrong because you are insecure.

7. A Baby Doesn’t Prove He Loves You

If your main priority is to get pregnant so you can start your permanent family, then you are living a lie. Having a baby with you doesn’t mean he loves you and certainly doesn’t mean he is going to stay with you. It is usually the opposite, as many men leave their girlfriends and wives whilst they are pregnant because the woman’s personality undergoes a fundamental change (sometimes temporary and sometimes not). The 2012 census in the USA showed 39 million families with children under 18 years old. Just 4% were single fathers and 27% were single mothers. That is 10,530,000 single mothers in the USA, so ask yourself again if you think having a baby with him will make him stay.

8. Just Because There Are Bad People Doesn’t Mean There Are No Good Ones

This is actually a paraphrasing of a line from the surprisingly good film called “ParaNorman.” There are some women out there that have a bad opinion of the motives of all men. These are often women that shortsighted people call “damaged goods.” They have often been hurt by men and so have a very bad opinion of them.

There are some very bad men and women out there, but do not forget that there are some good ones too. If a guy offers to do things for you all the time, then he is probably trying to manipulate you into dating him the same way a guy may buy you flowers and take you for meals. On the other hand, there are some men out there that want to help others with no devious or underlying motives. On the flip side, these are often the men that are taken advantage of by unscrupulous women.

9. Crying is a Weapon of Mass-relationship Destruction

Some women discover that they can use crying to get what they want from their boyfriends. If you use this manipulative move then that is your prerogative, but your reasons for using it are indicative of ways your priorities in your relationship are wrong.

If you are always too busy, then he is too low down on your list of priorities. Best not to write much more under this point as you will be too busy to fini…

11. Betrayal Comes from the Ones You Love

There are some people that set their life around the possibility of being betrayed, yet people spend so much time looking outside their immediate circle that they are easy to manipulate and betray.

There are some women that are manipulated to a massive degree by their boyfriends or husbands, and their priorities are so twisted that they never let people help. They believe their friends say, “He’s no good” because they are jealous, and their families say it because they don’t like her being happy.

We are betrayed by the ones we love because they have the opportunity to betray in the first place. It is the gift you give them when you trust them. You can trust that person whilst still being vigilant of their actions and motives, or you can put your fingers in your ears and ignore every friend that tells you his is not treating you right.

Some men are just as guilty as women on this front, but if mobile-social-media figures show anything, they show that women are really the biggest phone users. It is highly likely that you know at least a handful of women that are almost always on their phone.

Many of those women are the same when they are around the man they purport to love. Maybe they have become too comfortable around their man, or maybe they are truly deluded as to what real-life entails. They spend so much time on their phone that they miss out on time with the man in their life. He may not seem neglected, and he may even like the fact he can sit you in a corner with your phone and you will stay out of his hair.

The trouble is that sooner or later he will meet a woman that pays him more attention than simply looking up from her phone every few minutes. She will offer conversation that is based on more than Facebook updates and she will be more creative with him and the time she spends with him because her life isn’t wrapped around her phone. Right now, you may believe your man will never leave you no matter how much you ignore him, but he needs as much attention as you, and maybe he isn’t getting all he needs from you when all he sees of you is the top of your head as you hunch over your phone.

In the book Feel the Fear and Do It Anyway (by Susan Jeffers), there is 99% filler that is full of mush only Ginger Spice would listen to (it is the reason she quit all those years ago). There is 1% that is worth reading and it is devoted to what you fill your time with.

It shows a grid, and on the grid you see things such as work, kids, health, entertainment, love, sex, and a whole host of other things. There is another grid showing what happens when you fill your life with only one thing. When that one thing goes missing, the woman feels empty because there is nothing else in her life.

The point the author is trying to make, and the only point worth reading, is that you need a balanced lifestyle with balanced priorities. If he fills up most of your thoughts and your time, then you are lost without him, and that is not healthy.

Relationships are beautiful things, but few of us can ever boast of a perfect one. That’s because they’re hard work and we all would define “the perfect relationship” uniquely. I’d love to hear your thoughts on the issue of relationship priorities. Please share.