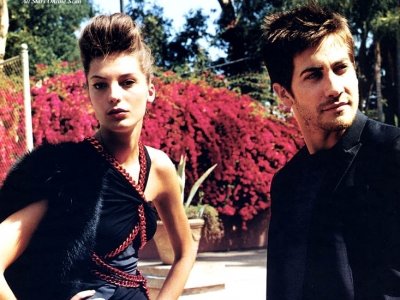 There are so many weird things couples do, but more often than not, we don’t even realize it. Being a happy couple is a wonderful thing and if you think about it, it’s weird to feel completely at ease with a man. I’m sure some of you never thought you would have this feeling. As a couple, you share everything with each other, both happy and sad moments. And even though you will always have your BFF by your side, your man becomes your best friend too, albeit in a different way. Couples go out for romantic dinners, buy each other gifts and love each other for who they are. And then there are those weird things couples do that are actually very common.

Giving each other a pet name isn’t really one of the weird things couples do, but what makes it weird is the fact that the pet name sometimes becomes so normal, that the person’s real name is hardly used anymore. Of course, there are always situations where pet names may not be appropriate to use, for example when a couple is in public. These situations can cause an awkward feeling, where saying the other person’s name out loud feels somewhat unnatural. Pet names that are common, such as «honey» or «babe», might be just OK to use in public, depending on where you are, but «cuty pie» or «honeybun» are pet names that are best when used in private.

Most couples don’t even realize they tickle-fight a lot, but it’s a surprisingly common thing couples do. When you think about it, tickling each other sounds like a rather childish thing to do; however, tickling is actually a fun way to have some laughter. After all, even adults should not forget to play a little, amidst all those serious things in life. Some couples use tickling as a way to end an argument, where one is trying to make the other person laugh. But other couples simply tickle-fight just to have some fun. It still sounds silly, considering most women don’t tickle-fight with their BFF or their parents, but it’s widely accepted.

To some of you, showering together sounds romantic and sexy, but unless you have double showerheads, you’re basically waiting for your turn while being naked. Yet, so many couples love to take showers together and to some, it’s even a convenient thing. I’ve heard stories where women shave their man’s back or where men help a woman shave her legs. Other stories I’ve heard include washing each other’s hair and some are honest enough to say they want to save money on the water bill. Showering together can also be a relaxing thing for some couples, a moment where it’s just you and your man. After all, there is no TV, computer or mobile phone involved.

Some couples like to come up with their own secret language or they will have code words. This can go from fairly normal to very weird. For example, I once read a story about a couple who made up their own language and it apparently sounds like seagulls. Right… Honestly, I don’t really understand why you would come up with a secret language, but that might be because I’m such a communication freak and wasting time on bad communication just drives me insane. On the other hand, I do understand that some couples have code words for certain things, to make something clear that others may not need to know at that moment. In my case, my hubby understands my native language, so when I want to say something to him, I’ll use my native language and he knows exactly what I mean.

This actually disgusts me, but I know it’s such a common thing couples do. Farting in each other’s company without shame is mostly done by couples who have been together for many years. They might be disgusted at first, but get used to it as it happens more often. I personally think that farting in each other’s company is a little bit too much information, and I like the idea of keeping certain things to yourself, especially the ones that involve bad smell. On the other hand, I do understand it can happen by accident.

Some couples do role playing for fun, perhaps combined with a tickle-fight, a silly voice and lots of laughter. They do it occasionally, there is no real idea or reason behind it and it’s often more of a teasing thing. Others take role playing much more seriously. They buy outfits, props and they come up with entire scenes to play. It might be hard to believe, but I’ve done the research and yes, this happens more often than most of us think. Of course, role playing is often also combined with sex.

All couples have their favorite songs, reminding them of a certain time in their relationship. Whenever the song is on, whether it’s at home, in the car or in public, they will sing along. But some couples have made singing together into a hobby. They have karaoke sing alongs, sometimes with friends and some couples even make up their own songs. I have even read stories where couples perform their own songs for their cats or dogs. Singing is always a fun thing to do and most people starting singing for fun when they’re a child. So when you think about it, why not sing together with your man?

After reading these weird things couples do, you either realize that you and your man are pretty boring or normal, or you might realize that the two of you do things that are far weirder than the ones I’ve written in this list. I think couples should do whatever makes their relationship work, as long as it doesn’t affect others in a bad way. And if it’s a little on the weird side, perhaps keep it to yourself. While doing my research for this article, I realized that my husband and I are pretty normal, but I’m curious to find out what you thought after reading this. Will you share with me one of the weird habits that you do with your man?