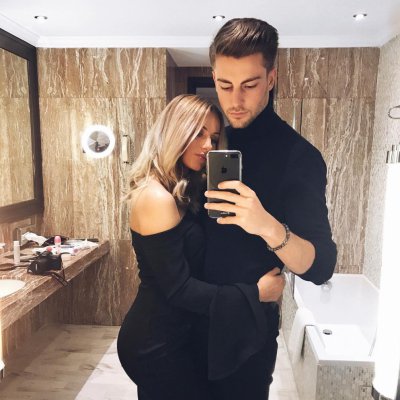 I’m sure you all dream of a romantic hero – maybe you met him and are with him now. Good girl! Romantic heroes come in many guises – let’s ponder on them:

While the homebody may seem less like the romantic hero and more like the dull yawn you just want to ditch, give this one a chance. He’s a hero because when it’s time to do the right thing, he’s right there doing it - from saving a family from a burning building to retrieving a kitten from a tree-but shunning the attention that comes with such acts. And, he does his own laundry and knows his way around a kitchen, and will hold you tight as you’re nibbling on popcorn in front of the TV. Other girls can have their bad boy; you can feel safe and secure waking up next to this hidden gem.

He drives the same car he did 7 years ago, and he lives in a humble abode. He grows a garden and wears flannel and blue jeans. You’d never know it, but he’s loaded. Maybe he made some good investments or acts as a high paid consultant. But he’d actually prefer your mother’s pot roast to a fancy dinner because he appreciates the comfort that goes along with it. It’s not that he doesn’t buy things, it’s just the things he buys are high quality and unique - he prefers quality to quantity. He will view you as a treasure as well, and take good care of your needs, as long as you don’t get greedy.

Okay, you know he had to appear on this list somewhere. There are some women who just need this hero in their lives - because if he can be a “hero” he can’t be all bad. He follows his own rules, he’s mysterious, and he’s hard to get. Not only do women like the challenge of taming these bad boys, but they like discovering the mystery of why he became a bad boy in the first place. Why do we want to wake up next to them every morning? Because they keep life exciting, and under the right circumstances, bad boys can become knights in shining armor.

In romance novels he’s called a beta hero, someone you wouldn’t expect to be attracted to. He’s socially awkward, he’s usually sweet and kind, and he blushes when your conversation spills into the risqué. He’s smart and he appreciates your intelligence. He’ll know a lot about many things, so you’ll always have conversation starters. These romantic heroes sneak up on you, and you may even dismiss them as potential lovers at first. Once you start realizing there’s a diamond under that sweater vest, you can’t wait to teach the joys of life to an eager learner.

You may phone him in the middle of the night to tell him how your date went, or cry on his shoulder when something goes wrong. You go to movies together, eat at each other’s houses, and like the same music. But for some reason, you’ve never considered him romance material. He’s typically not assertive, but may one day work up the nerve to propose taking the relationship to a higher level. The reason you want to wake up next to him? Well, it’s already obvious you get along. He sees you as an equal and that won’t change once you get him under the covers. Say yes.

There’s a reason why there are so many successful movies and books featuring heroes who aren’t quite human. Vampires, superheroes, and even aliens fill our imaginations with fear and excitement. When Lois Lane finally gets her Superman, we are plunged into a love story where sex takes on an entirely new dimension. A playful nibble on the neck from a vampire could change your whole world, aliens could have unexpected appendages, and demons might try to steal your soul. But surrendering to your darker nature feels so delicious. Why do you want to wake up to him? Because he’s a novelty among men!

The warrior hero may come on a number of disguises, but he’ll always be a bodyguard underneath it all. Protecting his love from harm is his topmost priority. He will likely be in the military or law enforcement; however he may also be a reluctant hero who feels he has to protect his home and loved ones against an outside threat. You want to wake up next to this man because you’re the only one who can conquer him, and you’ll always wake up feeling protected and secure.

This poor, brooding, tortured guy is the fatalistic sort so if you’ve come into his life he’ll probably think you’re going to try to harm his fragile ego. He’s probably a loner by choice, and you’ll kind of feel sorry for him because he actually is quite vulnerable. While other people love to torment him, you can be the one that is allowed into his world to convince him things aren’t so bad. Once he opens up to you, you’ll have his whole heart.

This logical, introverted, seemingly unemotional guy might not even seem attractive at first because he is so stoic. But take a second look. He thinks his way out of a bad situation instead of using brute force. He analyzes all the facts of any situation-especially if the heroine is in a predicament. While this man may seem emotionless, he is anything but - he has plenty of very genuine feelings but he feels no need to display them for everyone to see. Why is he a catch? He is honest, faithful, and respects your intelligence.

This guy can’t easily be caught, and you don’t really want to catch him anyway. He’s charming, funny, and witty and his life seems like a never-ending fiesta. You’ll never quite capture him, but that’s okay because you’ll have a lot of fun until he moseys on. Waking up next to him can be quite the adventure, which may find you in a different place every time or maybe even a different continent. Enjoy the excitement!

Which kind of romantic hero gets your heart a-fluttering?