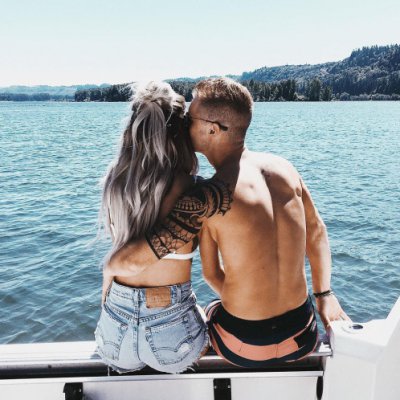 Guilt is an awful feeling, especially when the person you love is the cause of it. Your significant other should never make you feel guilty about personal choices, whether intentionally or unintentionally. Here's how to deal with this difficult situation.

First, you should ask yourself why you don’t want to have sex. Are you not attracted to your partner anymore? Are you angry with him and just haven’t talked about it yet? Do these feelings have to do with something from your past? Maybe you simply don’t feel sexual attraction often or at all. Whatever the reason you don’t want to have sex, you should figure it out sooner rather than later.

No one should ever force you or guilt you into doing something you don’t want to do or feel uncomfortable doing. If someone does, they are the problem—not you! Keep in mind that lacking sex drive doesn’t make you unusual in any way. It’s your body, your choice!

You shouldn't feel pressured to "give in" to him. You should never have pity sex, because that will just leave you feeling remorseful. Stand your ground and don't get pressured into doing anything just because you might feel guilty otherwise.

Maybe your bae doesn’t realize that he is making you feel guilty when you say no. He might just be disappointed and a bit of a cry-baby. As long as he doesn’t have bad intentions and doesn't actually want to pressure you into doing something you’re unwilling to do, talking will probably help. Tell him why you don’t want to have sex and that he has been making you feel bad about your decision. It’s often really hard for girls to say no to anyone, especially people we love. But if he loves and cares for you too, he should understand.

If he is intentionally making you feel bad and being unkind when you refuse sex, you're probably in a toxic relationship. Trying to guilt you into sex is sneaky and manipulative. Do yourself a favor and leave him ASAP!

Talking to him may make you nervous or uncomfortable. If that's the case, talk to someone else first. You should take your time to understand your thoughts and feelings before you confront your partner. Discuss both sides of the story with someone you trust, like a family member, friend, or counselor.

There's no simple way to deal with this issue, but if you're open with yourself and others about the negative feelings you experience, your situation will improve with time. Whether improvement looks like breaking up with him or dealing with this together, you'll be happier in a guilt-free relationship. Have you experienced this situation? How did you deal with it?