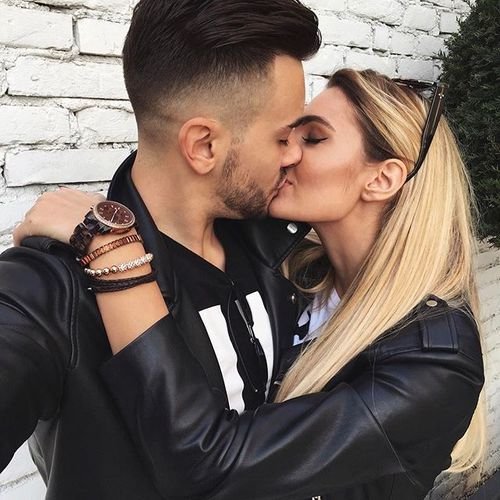 Kissing. It’s something that we all like to do, and something that feels completely natural to experience and experiment with, but have you ever taken a second to think about why we actually do it? Even though it feels like the most natural thing in the world, there is obviously lots of scientific and evolutionary reasoning for us human beings wanting to do it so much! Let’s get to the bottom of this thing once and for all, shall we? Why do we kiss? This is what science has to say about it.

Kissing causes chemical reactions in the brain that release a boost of the feel-good hormone oxytocin, often referred to as the love hormone. How good you feel kissing someone is directly related to how attached you feel to them, so for example, kissing a long term partner or your own child will make you feel a lot better than kissing a stranger, because you have a deeper attachment and connection with them and therefore more oxytocin is released.

Studies have proven that the more in love you are with someone, the better your kisses are going to feel. This is entirely to do with the levels of dopamine and oxytocin that are released as part of your attachment to the person, so feelings of love are always going to feel more satisfying than feelings of lust, even if you don’t think so at the time. This is often why people regret cheating on a partner only after they have done it, because they realise that their romantic, attached kisses felt better!

That isn’t to say, of course, that we are also tempted to kiss based purely on sex drive too sometimes. Scientifically, kissing can also be used as a way to size up the potential of a new mate, and women are incredibly likely to only want to have sex with someone after having successfully kissed them first. On the other hand, men don’t tend to need that test connection as much before going for full sex.

I alluded to it lightly when talking about oxytocin releases from kissing your own child, but it is important to remember that all types of kissing feel good, not just the romantic and sexual kisses. The scientific basic facts are that you have lots of nerve endings in your lips, which means that whenever they are stimulated it can release feel-good hormones. This could be as simple as kisses on the cheek for friend even.