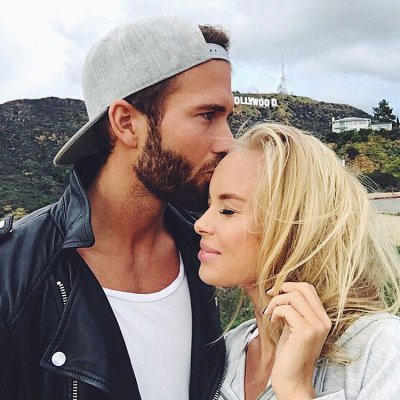 If your crush doesn't like you back, it doesn't mean that you're undesirable. He could be turning you down for a dozen different reasons, none of which have anything to do with your personality or level of attractiveness. Sometimes, things just don't work out. Don't put yourself down if your crush doesn't like you back, because here are a few potential reasons why he doesn't want to go out with you:

1. He Has a Girlfriend

If he already has a girlfriend, then it's not your fault that he doesn't like you back. If he cheated on his girlfriend or left her for you, is that really the type of guy you want to be with? You need to date someone loyal, which means you should set your sights on a single guy. Don't aim to ruin anyone's relationship.

3. He's Not Ready for Commitment

If a man isn't ready for commitment, and he knows you like him a lot, then he isn't going to get close to you. He doesn't want to lead you on or hurt you, which means that he needs to keep his distance. His fear of commitment has nothing to do with you. It's something that every person has to work through on their own.

A man might have been brought up as a Christian whose parents only allow him to date other Christians. He could also be homosexual, which means he's not even interested in your gender. You never know what kind of factors are contributing to his decision making processes.

5. He Values You as a Friend

If you're close with your crush, he might love you too much to risk dating you. Haven't you ever been worried about losing a good friend? Even though he might daydream about kissing you, he could be reluctant to act on his feelings, because he doesn't want to ruin your friendship. Sometimes, taking the leap is the right move. At other times, remaining "just friends" is the way to go.

Chemistry is an important part of any relationship. It's not something that you can create. It's just something that is either there or isn't there. Even if you two find each other attractive, it doesn't mean that you're going to be able to joke around and feel comfortable with each other. If you're not compatible, then a relationship just isn't going to work out.

Your crush might not like you, because he assumes he doesn't stand a chance with you. That's why you should give him little signs to show him that you like him. Once he realizes that you have feelings for him, he might realize he has feelings for you, too.

If your crush doesn't like you back, remember that it has nothing to do with your looks or personality. You're a beautiful woman who will find a gorgeous guy one day who will be eager to call you his girlfriend. In your opinion, why haven't things worked out between you and your current crush?