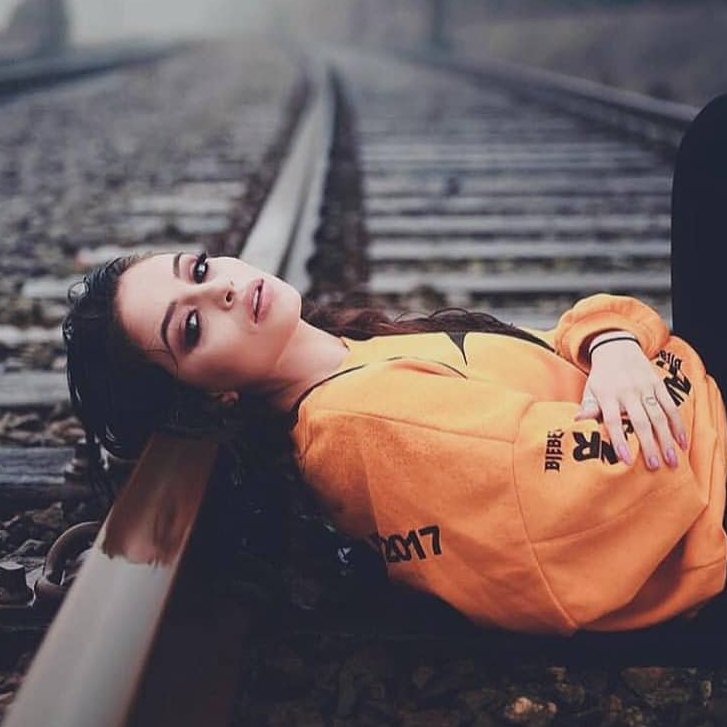 Men leave women for all sorts of reasons. Women are no different. However, there is a weird difference in each gender’s approach. Usually, women will tell you why, and very loudly at that! Men often just disappear without a trace. They leave. But why? “I just need to know what happened!” you scream and complain to friends, family, and even God. Worst of all, you plead to the culprit himself. Yeah, your ex-boyfriend.

Closure? As many of you have already learned, “not knowing” is worse than any nightmare! There are a million and one reasons guys leave. We can’t possibly list all of the reasons why they leave, but here are a few that can help you put to rest what might have gone wrong.

If a guy is handsome, a super stud, an athlete, entertainer or even just plain successful, he probably has a lot of options when it comes to women. Even if he genuinely likes you, he may be faced with so many options he can’t focus on just one woman. Yeah, it’s the kid in a candy store type thing. Why have one sweet piece when you can have them all?

When you are a guy in your late teens to late twenties, you have one thing on your mind… get laid. Sure, we meet some nice girls along the way. We even say to ourselves, “She would make a great wife.” But, there is just too much sex to be had! That is how guys think. We usually slow down around 30 years old, give or take. Don’t be offended, be smart.

3. No Job & Very Insecure about It

Having a job is a big deal for a guy. It’s sort of like what getting married is for a woman. For most men, working is part of our identity and manhood. This is not to say careers are not important to women. It is to say, for a man it is a really big deal, no matter who he is, lazy or not. The problem comes when the man is insecure AND loses his job. That combo is trouble for a relationship. He doesn’t want to hear anything reasonable, and it spawns conflict after conflict. For a man, carrying a job is the same as a woman carrying a baby. It is a harsh expectation we men put on ourselves, and rightfully so. The only problem is it may cost you your relationship.

Most women… I don’t care what they look like, dress like, walk like or whatever, can get a man to sleep with them. Men are like dogs in heat. Yes, this includes married men and yes, boyfriends by default. All it takes is some bold seductive woman to get some guy all riled up. Next thing you know, he’s embroiled in a multi-year lust affair. People get caught… the relationship ends (maybe)… and so does yours. He is hooked on the other coochie, so he leaves you.

Don’t confuse “too immature” with “too young.” It takes some guys a long time to mature. Some don’t mature until their late forties. A mature guy knows to use wisdom and acts accordingly. What he doesn’t do is give in to temptation and jeopardize everything he has ... his kids, his job, and the wife he loves. However, some guys never grow up. They are still chasing the snatch! Not only do they leave their wife, but they stay with her too. What? Yes, he stays with her and about five other women he is sleeping with at the same time. This type of guy left years ago, and will likely never come back.

6. You Don’t Believe in Him

When a woman believes in a man, it is an incredible thing. If only women understood the power they have in inspiring a man to do great things. Yes, if they would just believe, and have a little faith in their man. The reverse can be said for a man believing in his woman too! The problem with men is, when a woman doesn’t believe in us, it’s like shutting down the power to an entire city. Men absolutely are completely turned off by a lack of faith. This is not to say that a woman should recklessly support or follow her man into utter foolishness. It is to say, you better know how important this issue is if you want to keep your man! Remember, there are other women out there who will, believe in him!

7. The Woman is Too Insecure

This is a tough one. Tough, because so many times, if a woman is insecure, it’s because of the guy. Yeah, he does certain things that makes her feel uneasy and crazy. Over and over and over. However, there are times when a woman is so insecure, it will drive a guy nuts! “Where were you? I saw you look at her! You didn’t kiss me five times today! I counted! Why is the passenger seat in the car lower than usual?” All, while trying different passcodes on your iPhone. This is a recipe for departure!

Sometimes, he just simply met somebody better. You may not agree with it, but remember, it isn’t your life. It is his. What if you met somebody better? Would you stay out of obligation? You have to extend him the same courtesy. Obviously, this can get complicated, especially if you two are married. However, men will leave if they meet someone better, whether they are truly better off or not. No surprise, women do the same thing.

Men can really act like animals sometimes. If you have ever watched a nature special, you know animals don’t like feeling trapped! Men are the same way. If we are with you, it is because we want to be with you. However, the moment we start feeling like a woman will do whatever she can to keep us from leaving, we start looking at the front door. Even the back door. We have seen it happen to too many of our homeboys… Guy meets girl. She is very determined. Girl gets pregnant… by “accident” (wink wink). Now he is trapped. Another example… girl gets to know your whole family. She makes them love her and fall for her like it is their relationship. Now they are all threatening the guy not to leave her! Auntie, cousins, and grandma join in! She has allies in all his relatives and his mama! Fight as they all may, this man will leave one way or another.

If a man does not trust you, he will leave eventually. Men do not handle being cheated on well. However, be clear… this is not about cheating, it is about making him FEEL like you are. If there is even a hint, men once again turn into animals. They get aggressive, and very insecure. Pray to God, they don’t get violent. Not all men are like that, but one is too many. Whoever you are, never play games like making a guy think you have somebody else. Especially over a long, extended period of time. Making him jealous at that level can put you in danger. Jealously won’t keep him. Most guys will just get mad, frustrated, and yes jealous, but eventually leave. Trust rarely ever returns when broken.

11. She Actually Did Cheat

Men are very territorial. If a women cheats, it’s over. Very few guys will stick around after that. Like I said, under the “trust issues” segment, men don’t handle cheating well. You want to see a man cry? Cheat on him. Then give him details on how good it was… you would have made him cry, but you also will have made him leave. Even if you somehow do get back together, men generally never get over it! We end up just leaving.

Another reason guys leave, is because they are hiding something. They may be hiding another family, they may be still married, they may even be a criminal and don’t want you to get hurt. Some may be hiding health issues, like STDs even HIV and AIDS. They might be embarrassed about their family, they might be living with their mother. They might not have finished high school, it could really be anything. Maybe they have a girlfriend, maybe she is pregnant? If all of their explanations sound fishy, you might have to let that one go. Do yourself a favor, and leave him if he isn’t honest with you.

Sometimes guys leave because they are just plain old, unhappy. They may like you, sort of… they may like hanging out with you, sort of… you may even cook a mean pot of spaghetti. That is no guarantee of happiness. You cannot force happiness. You cannot manufacture love or even like. Either you do, or don’t. Women have the right to leave when they are unhappy, and so do men. One of the worst things you can do is to try to make somebody stay who doesn’t want to. People leave for different reasons. Being, just plain old unhappy is one of them.

Number 14 isn’t really another reason he leaves, but it is a reason to move on. Men do seemingly dumb things sometimes and it is time to take back your emotional peace.

So, be strong. I hope this list gave you back a little of that serenity in your life. Relationships are no joke. There will be times where you may never know the answer as to why he left. The real answer, sometimes, is to just move on and be satisfied with not knowing.

But remember, after a mystery breakup, there is a void in your life that remains. You have to fill it with someone or something else positive. Otherwise, it will be almost impossible to get out of your own head. Men can be f**ked up. It isn’t you. Knowing that, let it go and move on. You have better things to do.

Stay tuned for “Why men stay!”