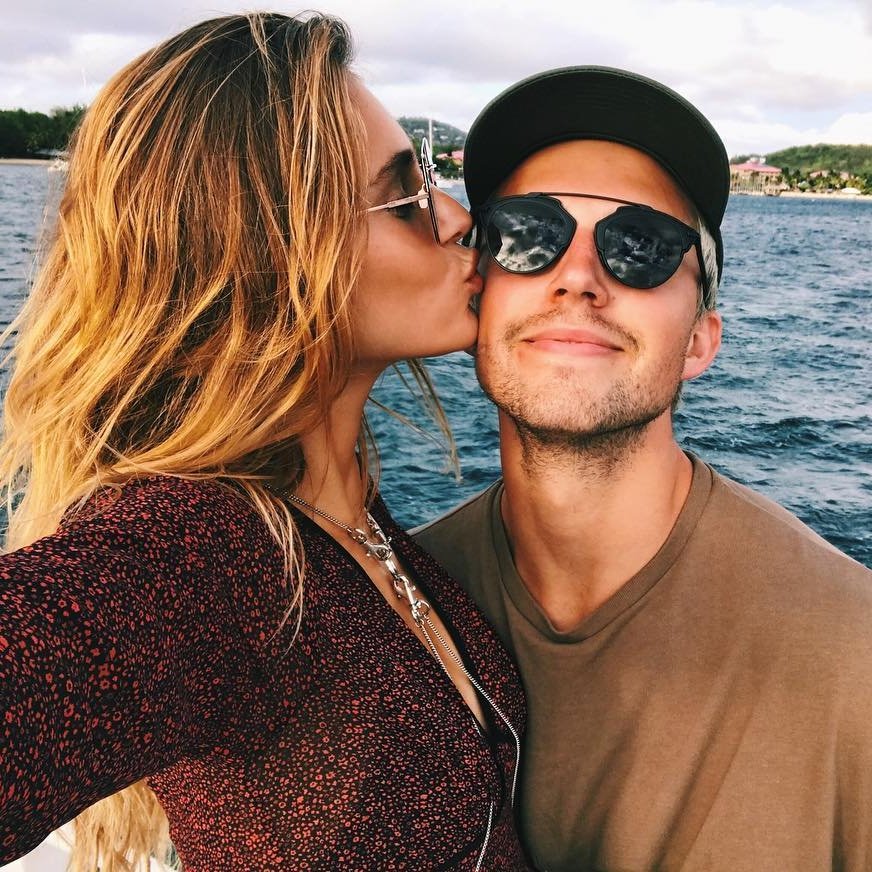 Ever wondered why we look for love in the wrong places? I don’t know about you, but I know I’m guilty of it. Seeing a guy across the room and knowing he’s a hot catch only to find out he’s a total jerk. Instead of turning my head and running the other direction however, I end up going head to head in verbal combat with him, and for some reason end up with a high nearly as exhilarating as excellent sex. Our gender has often been referred to as complicated, and it’s no wonder. Exactly what are the mechanics that make this somatic clock tick? Let's find out the answer for why we look for love in the wrong places.

1. The Thrill of the Chase

One of the reasons why we look for love in the wrong places is the thrill it provides. No one ever wins the jackpot on their first spin but what would the dating game be without a couple bonus rounds? For some reason, we as females, seem to always want what we can’t have. This applies to dating as much as anything. Identified as the “gentle sex” our primitive instincts are sorely underrated. Look to Artemis with her bow and arrow, prepared to launch. While calmer personality types are usually deterred by a show of arrogance, this very trait is what is needed to hold the interest of a free-spirit. Yet, with this little kick, these restless souls soon find themselves quickly dissatisfied with their accomplishments, ready at a moment’s notice, to move on to a more exciting quarry.

That’s right, surprising as it may sound, arguing with another person can stimulate a person in more ways than one. If you are an intellectual who seeks to broaden your span of knowledge and exercise your mind, you will find this pastime especially intriguing. The subject doesn’t have to be logical, something as bizarre as whether or not pigs could fly could keep this banter moving for hours. As you flit from one subject to another, you might just find that the heated feelings you experience, aren’t exactly the fiery hatred you suspected.

People don’t always argue out of aversion or hatred. It may appear that way on the surface, but at the back of your mind, you know you’re enjoying this - even if the idea of admitting your pleasure makes you cringe. After all, it’s unnerving to consider his real opinion, knowing how much you two are alike.

Much like their feminine counterparts, men don’t always like to confess their emotions. What better way to avoid wearing your heart on your sleeve then to let arrogance do all the talking? Overconfidence, no matter its form, usually takes you where you don’t want to go. In this case, that mocking smile might not be a class A disguise. You’ve been through all this before. You know he’s attracted. If you’re persistent, he likely won’t have any regrets when he decides to drop his defenses - even if you get the last laugh.

You’re not normally the type to spontaneously develop bad habits. Still, repetition isn’t always a comfort zone. From grade school on up, the benefits of an orderly life are ingrained in our heads. It is what we seamlessly glide through in various facets of our lives. What starts as an excellent practice can be the door to monotony. If this happens, change is the only cure. It’s what drives us to take off on crazy ventures or to sometimes let our gut do the talking. It’s what causes that annoying, self-centered, know-it-all to now look like an opportunity, unchivalrous monologue and all.

There are those times when you pass by a guy, think to yourself, Oh he’s sexy and go about your day. Then there are those rare occasions when you’ll saunter by, take a look, start to move along, change your mind, and steal another. From what you can see he doesn’t know you exist. Insecurity can be the bane of any romantic beginning. You don’t want to profess your emotion, yet it’s a one-time opportunity you’re determined not to miss. Leaning slightly in his direction you bump his shoulder just enough that he’ll notice. He pauses and pivots in your direction. “Hey watch it will you?” He berates. What began as a semi-innocent encounter soon turns into a full out altercation. It’s not exactly the approach I’d want to go with, but for girls whose confidence or self-esteem is already suffering, it might feel like the only way in.

He’s hot alright, too hot to handle, and lucky for you he wants to chatter. To complete the picture he’s already noticed your new blue dress and the shade of your eyes. You know by now you should be on cloud nine. The stumbling block? You’re pretty sure he knows it too. Instead of jumping at his offer to go share a dinner, you find yourself questioning his real motives. How could something so wonderful be true? Do his words have any real substance? Before you can analyze this to your satisfaction, you find yourself becoming jittery and confrontational. To your shock, instead of turning on his heel and striding away he takes up the bait. At least he didn’t turn and flee- you now know he was serious. Will he still offer the date?

Some woman don’t appreciate being mistaken for submissive. In fact, they will go to any lengths to keep it from happening. You certainly won’t find one of these girls complaining when offered the opportunity to show their grit. It’s hard to imagine her male opponent consistently enjoying this dual quite as much as she does. Interestingly enough, when asked, most men will tell you they respect a woman who will stand up and be counted.

9. Didn’t See That One Coming

It’s one of the most common scenarios in the dating universe - two young adversaries drawn together by some unknown force, only to find themselves falling into some hostile trap of their own creation. A satirical cliché in its own right, this doesn’t just happen in novels. Whether your beliefs slant toward love or toward hormones as the obvious cause of this anomaly, it’s hard to deny this Shakespearean episode, and harder still to predict its outcome.

Have you ever found yourself drawn to one of many infamous horoscope sites, selecting one sign after another, hoping to find your eternal match? The good news is, this can be helpful. The bad news is it’s closer to a 50/50 than to a clairvoyant guide to the romantic lottery. Fire and water can find a balance. It is why a quiet, unassuming Aquarius might sometimes revel in a hot battle of wits rather than back away. Have you ever felt that undeniable sensation as if some part of yourself is missing? It is the same awareness that drives people to their polar opposites. These two might not be the crystalline combination but they have the ability, with their paradoxical energy, to fill the holes in their partner’s soul.