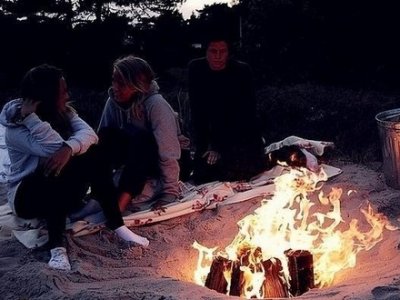 How to deal with an ex can be an issue that presents us with a lot of problems when that ex refuses to accept their changed status in your life. Even if they´re not actually reaching the level of being a stalker, it´s thoroughly annoying when they constantly call you or try to rekindle the relationship. So what can you do to deal with an ex who won´t let you go? Here are some helpful hints on how to handle a persistent ex …

If you are quite certain that the relationship is over, then make that clear to them. It´s okay to tell them why, but don´t, however, be forced into justifying your decision. If you let them manipulate you into a discussion, they´ll try to counter your reasons by coming up with an answer to ´solve´ the problems. So be firm and simply insist that it´s over

When you´ve been close to someone, it´s hard to let go completely, even if it was your decision to end the relationship. If they´re finding that hard to accept, then the best thing is to end contact completely. Don´t answer calls, emails or texts. Continuing contact gives them hope that you may reverse your decision.

When you have to deal with an ex who won´t stop calling you, then block their number if you can. If they really won´t give up, then you may have to change your number. This can be a nuisance, but will send a very clear message that you really don´t want to talk to them.

Never, ever think that sleeping with an ex ´one last time´ will get rid of them. It won´t. All that it will achieve is to make them think that any time they want, they can call you for a repeat performance. If they keep calling you wanting sex, see point 3 above. As for exes who still want a relationship, the same advice holds true – don´t give them false hope.

It´s not easy ending a relationship, and if you are the one to do so it can make you feel quite guilty. This can cause you to feel sorry for them, which is not helpful to either of you if it leads you to maintain something that you are not interested in. Everyone is dumped at some point in their life, and we all have to learn to deal with it.

Few people can tolerate an ex-partner in their current partner´s life. If you don´t want them around either, and you have found someone new, then tell your ex that you are seeing someone else. That should make it clear to them that you have moved on and that they are in your past; they will see that they have been replaced and that they need to move on as well.

Finally, how do you deal with an ex who knows where you hang out and shows up there in the hope of seeing you? If you find yourself bumping into them too often for comfort, then maybe it´s time to hang out in some new places for a while – just until the ex gets the hint. It might also be good for you to find some new places to go as part of your life without them.

It can be very difficult to deal with an ex who doesn´t want to let go of a relationship that´s over. They can become quite a nuisance and embarrass themselves. The latter part is not your problem; if they are being too persistent and trying to maintain contact against your wishes, then it has to be dealt with. And if you´re the persistent ex, move on! How have you managed to deal with an ex who just wouldn´t let go?