You Look Cute when You're Angry Feisty Things Guys Love when Girls do ...

Don't be afraid to start a fight or to call someone out when they're wrong, because there are feisty things guys love when girls do. Maybe your crush likes the way you flail your arms when you're angry, or maybe he just likes seeing so much passion in such a beautiful girl. Either way, there are a bunch of feisty qualities that men want their girlfriends to have. Here are some of the most common ones that you may already possess:

Feisty girls love to tell it like it is. Since so many men are confused by women who say they're "fine" when they're not and make others guess what they're thinking, men appreciate a woman who will just be blunt. That way, he doesn't have to think for himself. He can just be told exactly what he did wrong and save himself the trouble of figuring it out on his own.

While some men are turned off by high-energy, bubbly women, most men love them. Why? Because they always have something funny to say and won't let a conversation die down. When a man has nothing more to contribute to a convo, but wants to keep it going, he'll be happy to know that the woman he's talking to has much more input. 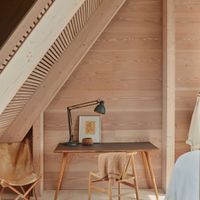 Dont Forget These 7 Essentials when You Sleepover at His House ... 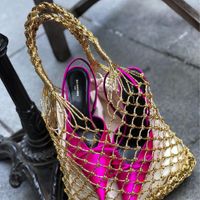 7 Things to Remember in Your Diaper Bag ...

Feisty women tend to be playful, which is a quality that men love. Being playful is akin to being flirty, and every guy loves to tease his crush. So if you have a playful side to you, don't be afraid to show it to the men you meet. They'll all adore it.

If you're willing to pick a fight, you must be pretty confident that what you're saying is right. If you weren't intelligent, then you'd be used to losing arguments, and wouldn't try to start them as often. So if a woman is feisty, chances are that she's pretty knowledgable about the world. And despite what you learned from Mean Girls, men actually love intelligent women.

Ambitiousness and feistiness can go hand in hand. If a man sees that you're ambitious, then he's going to have trouble keeping his hands off of you. There's nothing sexier than a woman who knows what she wants--except, of course, for a woman who has a high paying job and knows how to handle herself, which are all results of ambition.

Feisty women won't stop until they're ready to stop. If someone tells them that they're wrong, they'll fight tooth and nail to win the argument. While men don't particularly like confrontation, they do love women who are persistent, because it means they won't give up on a relationship easily.

Feisty women are self-assured. They have no problem stating their opinions, because they're confident enough to be themselves around anyone they run into. You've heard time and time again that confidence is the sexiest quality a woman can have, and it's the truth, so don't be afraid to flaunt it.

If you possess any of these traits, don't be embarrassed by them. They're actually positive characteristics that most men would love for their girlfriends to have. Do you consider yourself a feisty woman or do you keep to yourself most of the time?

love
Dont Forget These 7 Essentials when You Sleepover at His House ...
parenting
7 Tips to Help You Get through the Early Days with a Newborn ...
paranormal
7 Possible Practical Explanations for Paranormal Phenomena ...
music
Why i love country music
parenting
7 Things to Remember in Your Diaper Bag ...

Education's purpose is to replace an empty mind with an open one ...
Is orange good for acne ...
What to use instead of a backpack for school ...
Why are painted nails attractive ...
What is the best time to eat cashew nuts ...
How to make a guy go crazy for you without talking ...
Why do we need food give reason ...
How to act when you like someone ...
Is senior year the hardest ...
Is pea protein vegan ...