7 Fun Ways to Answer Questions about when Youre Getting Married ... 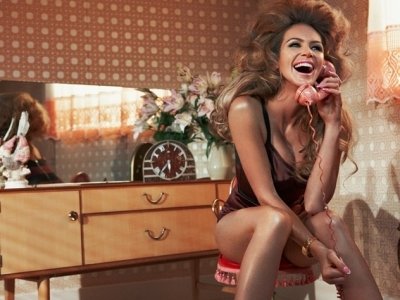 I can't stomach people who are always full of questions about when you're getting married. I don't mind being asked, but some people treat it like an interrogation. If you're like me, you usually got asked about marriage all the time from people who were single or had just gotten engaged. I decided to start having a little fun with all those questions about when you're getting married. Answer with some of these and the expressions are priceless.

1 Ask when She's Getting Married

If the asker happens to be single or unmarried, turn the question back on them. I actually told one prying friend that I was waiting for her to get married so I could get some wedding ideas. Suddenly, all her questions about when you're getting married will turn into her trying to explain why she isn't married yet. It was all I could do to not laugh. She hasn't brought up the subject since.

2 Throw Statistics at Them

If someone wants to know why you're not married or when you're getting married, use statistics to explain why. Talk about the high costs of planning and having a wedding. Explain exactly how long you plan to save before the big day and how inflation may change the date. Get extremely specific. If you have a mean sense of humor, talk about the expense that comes with divorce and how you'll need time to save up for both that and the wedding. Trust me, they'll quickly regret they ever asked a thing.

3 Before the Baby Comes

I don't suggest this one if you're actually pregnant, but if you're not, this one can be priceless. After one friend kept hounding me about marriage, I told her that we were trying to plan as quickly as possible so I wouldn't have a baby bump at the wedding. I think her jaw literally dropped to the floor. I laughed for a good five minutes before telling her the truth. By then, she was so frustrated she dropped the marriage topic completely.

4 After Everyone Quits Asking

If you really want to get the point across, tell the asker that you'll get married as soon as everyone quits asking. I handled one pesky stranger that thought I was too old not to be married with kids that I felt too much pressure right now. I explained that as long as everyone kept asking, I wouldn't know if I was marrying for the right reasons. I told her I wanted to marry for love, not out of peer pressure. She actually huffed and walked away.

If you're seeing someone, tell them about this response before you use it. It can be awkward if it comes back to them later. I watched one friend at a wedding stun an entire group of busy bodies by telling them her guy had asked, but she said no. I almost spit my drink everywhere as they all stuttered for the right response. While the eventual “why” came out, my friend had already walked away. It's such as quick comeback that most won't know how to respond.

6 After You Have a Baby

Married women are horrible when it comes to asking others about when they're getting married. Now is your chance to corner them about the next big thing in their relationship. When they ask about you, tell them you'll get married after they have a baby. Suddenly, the conversation turns to them and their reasons for not having children yet. They're so busy trying to explain or divert the conversation that marriage is no longer on their minds.

Watch the asker scramble when you tell them “next week.” You'll have to keep a straight face when you answer to make it believable, but their reaction is well worth biting your tongue for a few minutes. Not only will the person be shocked you have a date, but they'll be stunned that you didn't invite them. By the time they realize it's a joke, they're too flustered to push any more. I used this one a few times myself and it kept a few people at bay.

It's great that friends and family want to inquire about your life, but sometimes they can end up being more annoying than anything. You don't have to get rude when they keep asking about when you're getting married. Come up with a creative, fun response and suddenly, people aren't quite as interested about your impending nuptials. How do you handle it when people pester you about marriage?