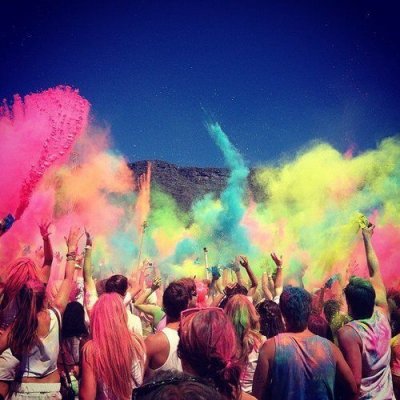 I was already panting and drenched with sweat when a crowd surfer flew over me and kicked me in the head. The sand from her shoes clung to my curled hair.

"This is why I didn't want to stand right next to the damn stage," I said to my best friend, Ally.

"I thought it was because we had to get here three hours early to get these spots," she screamed, but it sounded like a whisper through the roar of the crowd.

She was lucky I loved her enough to tag along to a horrible, angsty concert on the beach. Or maybe she was lucky I'd ran into Dean at the bookstore the other day. He was a big reason why I'd agreed to get here early, to sit under the hot sun and hold in my pee for hours on end.

He was already on stage, wearing black skinny jeans and a loose grey tank top that exposed half of his chest when he turned to the side. Each time he sang a high note, or thrusted his hips, or just flashed his smile, the girls surrounding me wailed like they'd been shot. I was the only silent one.

He was about to perform his fifth song of the night when he saw me. The moment only lasted a few seconds, but time moved in slow motion as he locked eyes with me, tilted his head, and winked.

"For this next song, I'm going to pull one lucky lady up on stage with me," he said, playing with the long chord attached to his microphone.

More screams erupted from the crowd. Ally jumped up and down, trying to get his attention. This was the reason why she'd wanted front row seats. She'd said he'd always invited women from the front onto the stage. It was nothing new.

I was so busy focusing on her that I didn't see him walk up to a girl and reach out his hand. All I saw was the flash of excitement on Ally's face, and then watched it change to disappointment.

"What?" I asked, and she just pointed in front of me.

Dean was right there, crouched on the stage, reaching his hand out for me to grab.

He grabbed my hand anyway and yanked me up. Then he led me over to a stool and motioned for me to sit.

"When I give the mike to you, sing along, okay?" he said, smirking as the words left his mouth. He must've remembered that I hated his music. Knew I didn't know any of the words to his stupid songs.

But a hot jerk. He had on half as much clothing as the last time I'd seen him, so I was finally getting a good look at his tan skin, his muscled arms, his soft lips...

I tried to ignore his sexiness to focus on the lyrics. Maybe he'd only ask me to sing part of the chorus. Then, as long as I heard the words the first time around, I could memorize them, and repeat them back to him without embarrassing myself.

Except he never actually put the microphone in front of my face. He just danced around me, occasionally standing behind me with a hand on my shoulder or running his fingers down my arm. At one point, he even got down on one knee like he was about to propose and held my hand while he sang.

I tried not to smile and sway, like I'm sure every other girl did when he gave the same performance in front of them, but it was almost impossible. He was intoxicating.

When he finished singing the last lines of the song, every girl in the arena wanted to murder me. Because that's when he leaned in close, put his free hand against my cheek, and kissed me. It was quick, just a tiny peck, but it caused my whole body to shiver.

When he pulled away, my hand shot to my mouth, stunned. I kept my fingers against my lips as the music faded out.

"Did I scare you into thinking you'd actually have to sing?" he asked, just out of reach of the microphone so the crowd couldn't hear. When I didn't respond, he continued, "The other day you said your best friend loves me, right?

"Well, I don't want her jealousy over all of this to ruin your friendship, so I'm going to let you two come backstage after the show, all right?"

I made sure to use my normal, sarcastic tone instead of the flirty one I was tempted to use. "What? Are you going to kiss her, too?"

"No," he said, putting his smirk back on. "But I'll probably kiss you again."

** Hope you enjoyed it! Keep an eye out for the next part next week! **