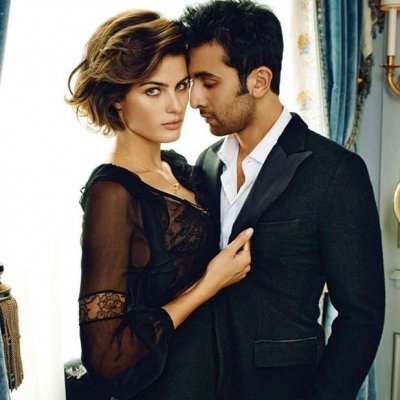 If you're worried about your boyfriend being unfaithful, you should look to see if he has any traits of cheaters. You don't want to continue dating someone that is going to break your heart without a second thought. That's why you should always keep an eye out for any sketchy behavior. Here are some of the most obvious traits of cheaters that you should watch out for in the future:

Your man might not actually be as forgetful as he seems to be. You can figure out if it's genuine by looking at what he commonly forgets. Does he always forget things that he should definitely know, like your favorite movie or your pet's name? Then he might be afraid of mixing up your pup's name with his other girlfriend's pup's name. Does he always forget what happened on a night out with the boys? Well, he might actually be lying, because he was out with another woman instead. Watch out, because supposed forgetfulness is one of the biggest traits of cheaters.

Whenever you ask him about himself, does he always find a way to change the conversation? When you hang out, does he always drive to your place and refuse to ask you over to his place? Mysteriousness is attractive at first, but once you start dating someone, you need to know the details about their life. If he's keeping his lips sealed, you should start to worry.

There's a thin line between being flirty and friendly, which is why you need to watch your man closely. Does he flirt with every waitress and bartender, or is he only being polite? If he's complimenting her body or handing out his phone number, it's a bad sign.

You'd think insecure men wouldn't be able to land more than one woman. However, if he's insecure, he probably wants to prove his worth to himself. Unfortunately, some men do that by cheating.

The more money and power a man has, the more invincible he feels. If he thinks he can get away with cheating, he might just try it. If he thinks his money can easily win him another woman, then he won't worry about losing the one he already has.

When you have a fight over something he did wrong, are you the one who always ends up feeling bad? If you're trying to compromise with him, are you always the one who ends up with the worse end of the deal? If he's a skilled manipulator, you won't even realize that he's controlling you. Take a step back and really look at your relationship. If he can make you do what he wants you to do and believe what he wants you to believe, it'll be easier for him to cheat.

If he plans on lying to his friends about working late when he really wants to hang out with you alone, watch how he tells them. If he lies smoothly to someone close to him, he'll be able to do the same to you.

If your man has most of these traits, it doesn't necessarily mean he's a cheater. It just means that you should pay extra attention to him. Have you ever dated a cheater?