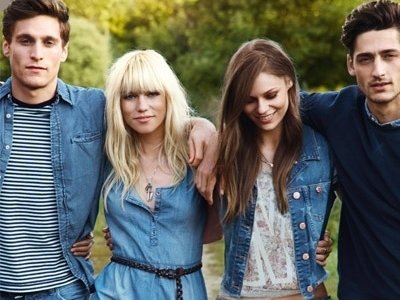 I recently found out there are so many funny dating customs in this world, so I thought I’d share a few of them with you. When you think of dating customs, most of us think of a guy asking a girl out on a date. They go out for a nice dinner, drinks or maybe just a quick lunch. The guy pays the bill, drops her off at home and there you go: you had your first date. If you want to know more about dating customs in other countries, keep on reading, because I have some interesting, and sometimes funny dating customs for you.

There are a few funny dating customs in Japan. For example, there is no such thing as casually dating and the main objective of dating is the actual marriage. Additionally, where in most modern countries it’s accepted to start dating when you’re in high school, in Japan, dating is saved for their college years. But one of the funniest customs is that women are to buy guys white chocolate on Valentine’s Day, while the guys just sit back and receive. One month later, they celebrate White Day, where the guy, should he be interested in the girl he received chocolate from on Valentine’s Day, must give the girl twice as much chocolate. The horror of having to wait one month to find out if he’s into you…

While many countries have a list of well-known rules when it comes to dating, these are literally thrown out the window in The Netherlands. Here, it doesn’t really matter if a guy asks a girl out on a date or the other way around. Also, things might happen on first dates that no one frowns upon and sometimes it even happens that a woman asks a guy to marry her. To the Dutch, the rules of dating are apparently meant to be broken. I was born and raised in The Netherlands, but while adding this country to the list, I’m quite happy to have been raised with Southeast Asian values. Funny thing to know: some foreign men, who move to The Netherlands, feel like they have landed their feet in heaven, because of the fewer dating rules that the Dutch follow.

Dating in Iran isn’t funny at all to be frank, simply because there is no dating scene to be found. In Iran, marriages are mostly arranged by parents, who casually discuss each other's son and daughter over coffee. If the parents like each other and if they both agree that one can take good care of the other, a formal introduction of the guy and the girl will follow. Not long after that, the engagement party will be arranged, but contact between the couple should still be minimized until after the wedding day and there is no such thing as kissing or holding hands until then. Casual dating in Iran is strongly frowned upon and as a woman, it decreases your value, which in turn risks rejection from a guy’s parents.

It is as if a woman is being lured into a marriage in South Korea. Similar to Japan, dating doesn’t happen until your college years in South Korea, but once people actually do start dating, it’s like the woman has a servant by her side. It’s very common for a South Korean guy to hold his girlfriend’s handbag (just imagine your guy walking around with your designer bag…) and he does everything to make his girl happy. But once married, the roles switch and the man expects his wife to be a more traditional woman, who cooks, cleans and takes care of the children. What a trap…

A French man must be every modern woman’s dream. Where in most countries, women sit and wait for text messages and phone calls from their date, the French are actually keen to stay in touch with you. You can expect a French man to contact you the day after a date and some say that they consider a first date as the start of a relationship. He will tell you that you’re the most beautiful woman on earth, he will send you flowers, sweet text messages and he is certainly not afraid to say he loves you. However, a French man is also traditional and doesn’t enjoy doing chores in the house. And yes, they are also known to sometimes have more than one lover and I’ve even read that French women accept their husband’s behavior widely.

Apparently, when you walk into a bar in Brazil, you’ll see couples kissing in every corner. Here, it’s common to kiss on first dates, as they see it as part of getting to know each other. Additionally, they believe it can save time, since a first kiss basically says it all. Brazilian men are expected to approach women and they may even be teased by their friends if they don’t do so. Also, their comments could potentially offend women in other countries, but the Brazilian women love it when men say things like, “We should get together, so you can cook me dinner.” To women in Brazil, it’s a sign of masculinity and it shows exactly what the man wants from her.

The Italians are a traditional bunch. When it comes to dating, men look for women who have physical beauty and who are able to do household chores, such as cooking, cleaning and taking care of children. Women, on the other hand, look for men who can offer them financial stability. Looks are important to both sexes. Also, the Italian man is coddled by his mother, meaning a woman must show her respect in order to be loved by the man. It’s common for a girl's parents to do a background check on the guy, if their daughter expresses serious interest, and in the past, it was even common for one of the parents to accompany the couple on their first date.

Isn’t it funny how dating customs are different in every part of the world? And can you imagine what dating would be like if you would date someone from another country? Some of you girls must have had experience with foreign dating customs once or twice in your lives, and I’m very curious to hear the strange dating customs you came across in your relationship. Will you share them in the comments, so we can all learn about how foreign men date?