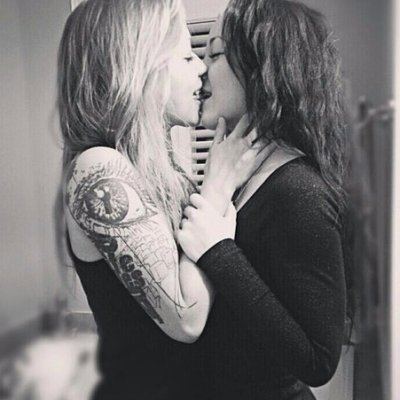 "I'm going to be single forever," I said, tossing my iPhone across the bed. I'd put my pride aside to double text Greg, the guy I'd been in an "almost" relationship with for about three months, and he still didn't answer.

I didn't know why I even bothered with him. Force of habit, I supposed.

"Why don't you try a dating app? Tinder's popular for a reason, you know," my BFF, Alexa, said. She had a lollipop in her mouth, but her hands were typing away at her phone screen.

Even though I had zero interest in joining a dating site, it couldn't help to peek at her screen to see what all of the fuss was about. I hopped off the corner of her bed, moved around the edges, and climbed back on to sit next to her. Back against the headboard, shoulder against her shoulder, I watched her X out of her conversation with some fuckboy.

"Here, look, I'll show you the ropes," she said, switching screens until a preppy boy's image popped up. She swiped left, and then swiped left again when she saw a man with a manbun.

The first time she swiped right, signaling she was attracted to the person, was when a girl covered in tattoos and piercings appeared.

"Oh, they show girls on here, too?" I asked, confused.

"Only if you want to see them. You fill out your preferences when you first create an account." She said it so casually. Like she wasn't delivering life-changing news to the girl who was supposed to know her better than anybody.

"Oh. Wait so... You're bisexual? Or pansexual or something?" I slammed my mouth shut, then opened it again. "I don't care. It doesn't make a difference obviously. It's just, you never mentioned it. I thought we told each other everything."

She popped the sucker out of her mouth and shrugged. "I mean, I point out hot girls all the time. Just like I do when I see a hot guy. And I always talk about my girl crushes."

"I know, but I just thought you were admiring them, like..." I trailed off, aware of my ignorance. Assuming others were straight was a pretty crummy move on my part.

"You've read the studies, haven't you?" she asked. "They're saying every girl in the world is bisexual. I don't know if I buy that, but I sure as hell know I am."

I cocked my head, trying to sort through my feelings--not about Alexa. About myself. I'd had my doubts about my heterosexuality, but hasn't everybody? I'd had crushes on female celebrities. I'd stared a little too long at some women's bodies. I'd even thought of certain girls as I'd touched myself beneath the sheets.

But that didn't mean... Or maybe it did.

I'd always daydreamed about being "the girl next store" like in the movies. Wished I had a boy as a best friend that I could grow up with and realize I was in love with him all along. But unfortunately, I always got along with girls better. I barely had any guy friends.

"So, that's the type of woman you like, huh?" I asked, referring to the girl she swiped right for. Alexa's arms and chest were peppered with tattoos, but my skin was clear.

She tossed the empty stick of her lollipop onto the nightstand, laughing all the while. "If you're asking if I think you're attractive, the answer is yes. Unless, of course, that makes you uncomfortable. But it shouldn't. Not like I'm going to pounce on you. I know you're--"

My eyes dropped from her eyes to her lips. Then my mouth traveled through the air, which was thick with sexual tension, and pressed against hers.

She tasted different than my exes. Softer lips, softer skin, softer moans. If there was any doubt left in my brain, the tingle between my thighs pushed it away.

When I pulled myself away, I kept our foreheads together, letting her hot breath tickle my cheeks.

"About time," she said with a smirk, and then pulled me in for another kiss.