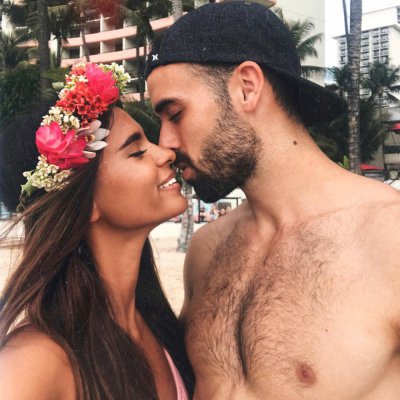 ‌﻿‌Antonio's bed was cozier than mine, or maybe it just felt that way because he was always in it with me. Right now, he had his chest pressed against my back, one hand intertwined with mine and the other caressing my breast over my bra.

"We've been dating for six months," he whispered into my ear in his raspy morning voice. "How much longer are you going to make me wait?"

"Wait for what?" I asked, wanting the conversation to be over before it even began.

"You know what," he said slipping a hand under my shirt to touch the sensitive skin of my stomach.

‌﻿‌Antonio was smart, sexy, sweet, and sensitive--the only downside was that he would not let up about sex. I was a virgin. He wasn't. He wanted to change that. I didn't.

"Don't you think it's about time?" he asked, loosening his grasp on me so I could flip over to face him. "Or do I not deserve it?"

I ignored his cute little smirk, not allowing myself to get swept away by his looks. "Your parents are in the other room," I mumbled, speaking more into the pillow than into the air.

"They won't be next weekend. It'll be just you and me and that double mint ice cream you like. Maybe I'll even make you some Bruschetta. Put some music on. Make you feel like we're in Italy."

"You want to sleep with me that badly, huh?"

That's all it took. It was the first time he had said the L word and it made my insides shiver. He could've asked me to do anything in that moment and I would've agreed.

That's why I nodded and said, "Okay. Next weekend."