This is What Every Curious Girl Should Know about Her Sexuality ... 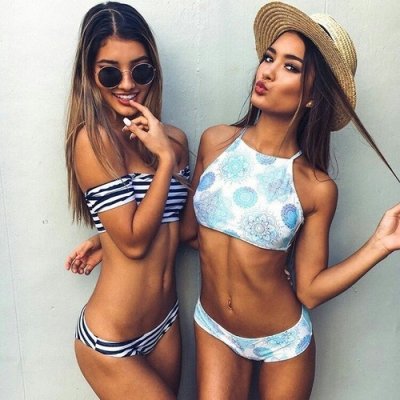 Now that America has officially made same-sex marriage legal, it's time to talk about sexuality. We all know that love is love, no matter which genders are involved, but how much do you really know about your own sexuality? If you don't know much, don't stress, because here are a few things that you'll know from here on out:

1 You Don't Need to Know What You Are

Don't stress yourself out over trying to figure out if you're a lesbian, bisexual, or if you fit into any other sexual category. It doesn't actually matter if you know what to call yourself. You're going to develop crushes on certain people and be disgusted by other people. Stop trying to put yourself into a specific category, and just learn to be comfortable liking whomever you end up liking.

2 Bisexuality is More Common than You Think

If you've ever had a "girl crush," you're in the majority. According to yourtango.com, at least 60% of women admit to being attracted to other women. After all, it's difficult not to find goddesses like Beyonce and Ruby Rose attractive.

3 There Are More Sexualities than You Realize

Most people assume that there are three different types of sexualities: heterosexuals, homosexuals, and bisexuals. However, there are a lot more than that! LGBTQAA has a lot of letters, after all. There are also pansexuals, asexuals, androsexuals, skoliosexuals, and transgendered men and women.

4 It's Okay to Experiment

5 You Can Know Your Sexuality without Having Sex

Some people will claim that you can't know what your sexuality is until you kiss someone. Even though it's healthy to experiment, that myth certainly isn't true. You can still be attracted to a certain gender, even though you've never locked lips with them. You don't have to take action on your feelings in order for them to be valid.

6 Same-Sex Marriage is Legally All around

Don't be fooled into thinking that same-sex marriage is disgraceful. America certainly isn't the first to legalize it, and it won't be the last either. You're free to marry the same sex in the Netherlands, Belgium, Spain, Canada, South Africa, Norway, Sweden, Portugal, Iceland, Argentina, Denmark, France, Brazil, Uruguay, New Zealand, Britain, Luxembourg, Finland and Ireland.

7 You Can Tell Whomever You Wish

You should never be ashamed of your sexuality. However, that doesn't mean that you need to "come out of the closet" with your sexuality. If you figure out that you're bisexual or pansexual, then you don't have to make an announcement to all of your friends and family. Your sexuality is none of their business, so if you want to keep your private life private, do so. Of course, you shouldn't be shy to speak up if you want the whole world to know whom you're interested in. Do whatever you're comfortable doing.

It doesn't matter if you like men or women, because you have a right to love whomever you love. Do you know what sexuality you identify with, or are you trying to figure it out?