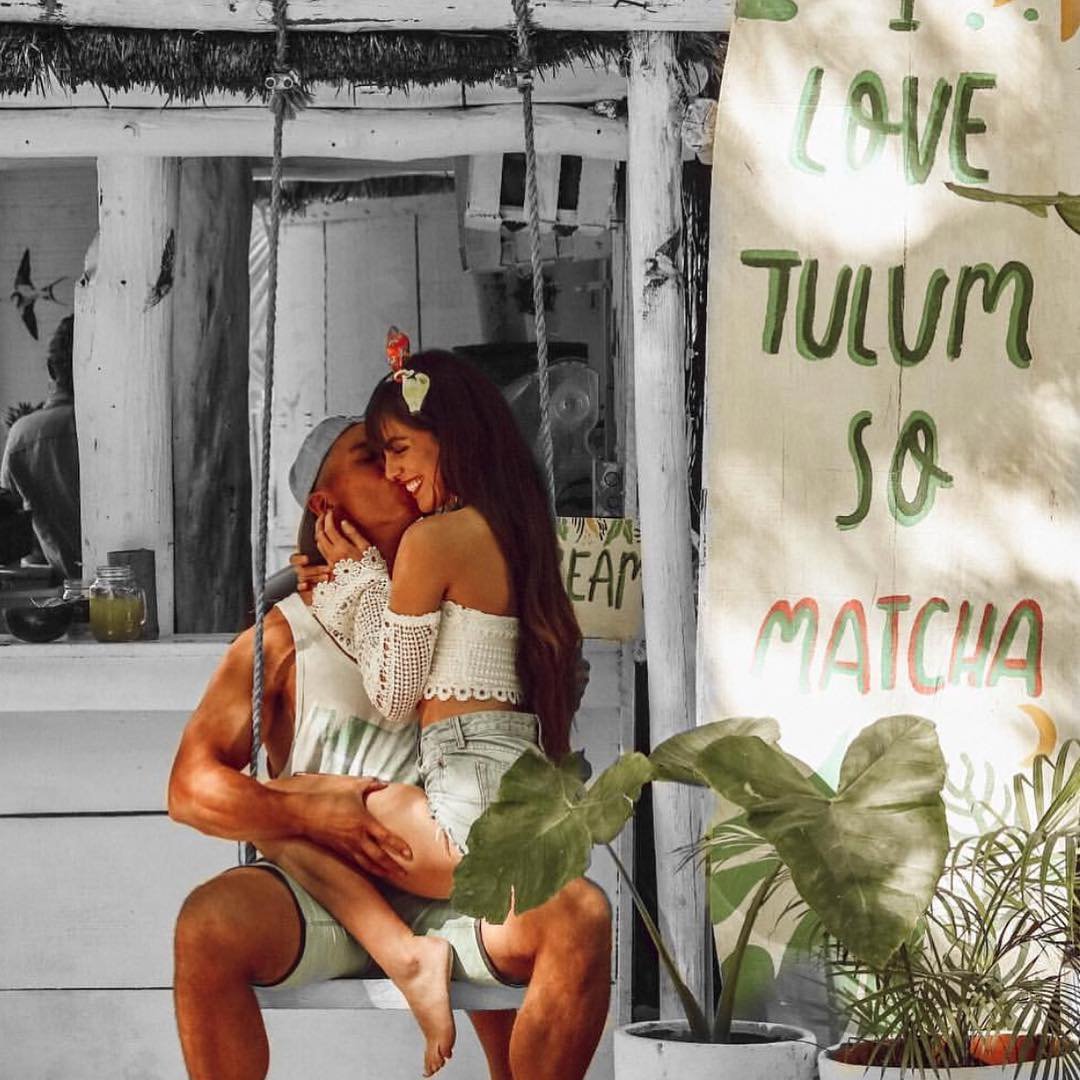 Ah, the subtle art of flirting; it’s a tricky one and it’s not always easy to know what the flirting mistakes you don’t want to make are. Flirting is, in the hands of some women, a lethal weapon – in others (myself included)… not so much. But you shouldn’t hold back through a lack of confidence – flirting, whether just a bit of fun or the start of a beautiful relationship, can leave you feeling great and give you a little esteem boost. Just make sure you remember the flirting mistakes you don’t want to make.

This is definitely one of the flirting mistakes you don't want to make, or you could wake up cringing in the morning. Most social flirting happens at maybe a party, or a bar. And that probably means the drinks will be flowing and downing a few cocktails for some Dutch courage will be tempting. By all means, have a drink to relax – but remember there’s a fine line between very brave, and very drunk.

Don’t scare him off before you’ve had a chance to charm him. You’ve only just met – don’t talk about how much you would like to meet someone special, how you’re ready to settle down and don’t get possessive over him if you spy him talking to other people. He will think that you’re a crazy person.

Unless all you’re looking for is a one-off thing, it’s probably best not to come on too strong. Subtle touching can be a good thing – maybe brush his arm or hand as you talk to him. But if you throw yourself at him, or are overtly sexual, it could give him the wrong idea about what you want. And no-one likes a tease.

4 DON’T PLAY TOO HARD to GET

Having said that, if you do like a guy, you might have to give him a couple of clues. Men aren’t always the most perceptive of creatures (and don’t we know it?), so don’t play too hard to get. When it comes to flirting, where you might think you’re acting coy, he probably thinks you just don’t like him very much.

Similarly, if there’s one person in particular you like the look of, keep the flirting with the guys around him to a minimum. Chances are, he’ll notice and back off. Remember, you need to make him feel good, too – and talking to other men in the same tone and manner isn’t the best way to do that.

A flirting mistake I’m sure we’ve all done before – talking about an ex. You’ve only just met, so this really is not the time to talk about all the things that are wrong with your life; whether that’s at work, with your friends or (worst of all) with an ex-boyfriend. Remember you aren’t with your girlfriends here – save drowning your sorrows for the next time you see them.

Above all, flirting is meant to be fun. Enjoy it for what it is – don’t go out thinking that every guy you start talking to is going to be your next boyfriend. And if you do make one of these mistakes, then never mind. We’ve all done them, and hey, the next guy is much better-looking anyway, right?

The biggest flirting mistake you can make is, of course, number one – because number one so often leads to numbers 2-7. Just remember that, then get out there and have a great time! Do you have any other mistakes we should avoid? Have you ever been guilty of any of these?