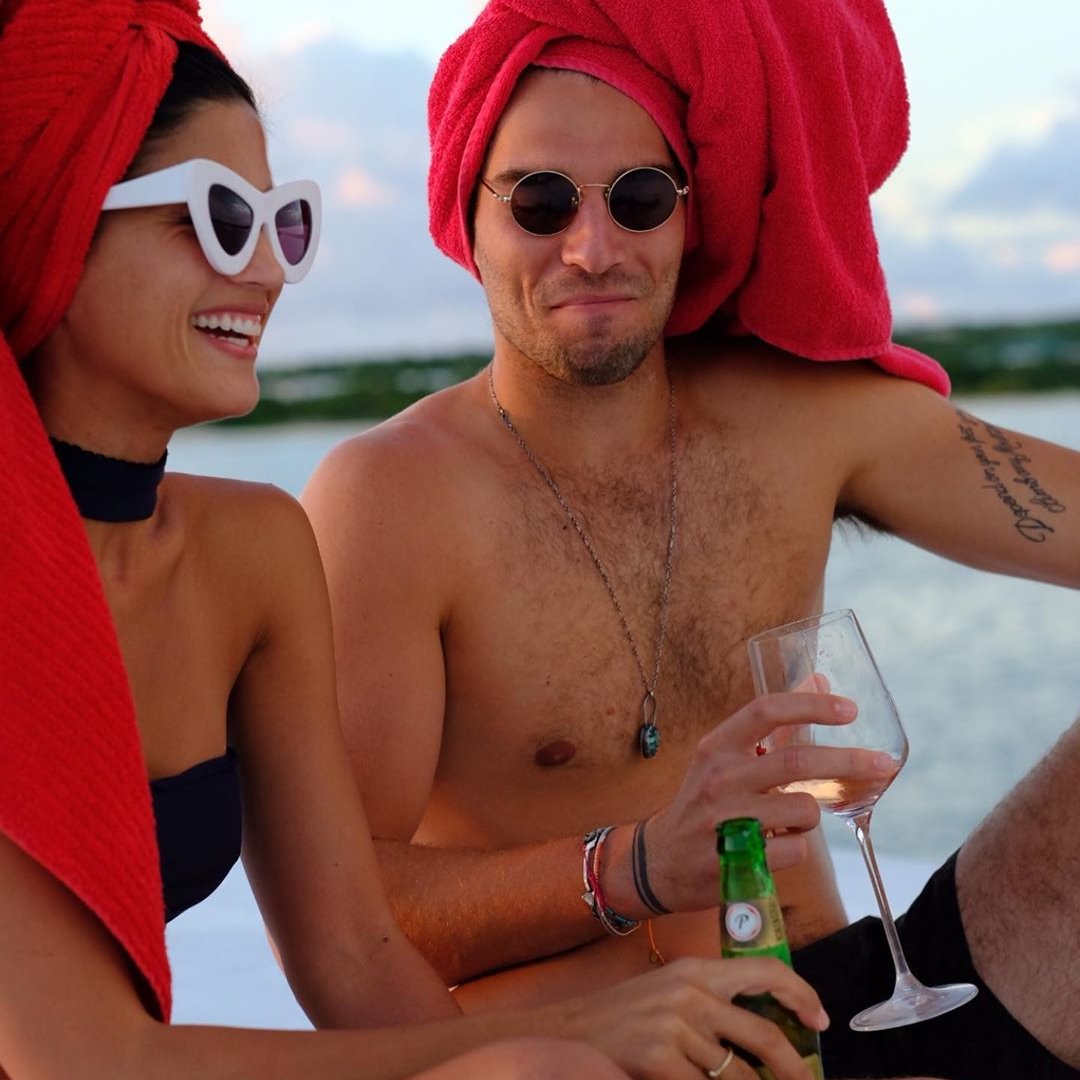 Love is color blind. There are people who have interracial relationships that still face criticism and racism because of it. Why do people get so upset and angry? It's time to look past appearances and see only what's on the inside.

We’ve seen it’s devastating effects in times of slavery. Witnessed it prevail in courtrooms. Watched famous people and elected officials get away with flaunting it. We’ve recorded it erupting brawls in our streets and in our own backyards. Undeniably, racism continues to rise up. Racism’s latest manifestation? Insolent memes depicting interracial relationships with captions suggesting that one race is far better than the other when it comes to the pursuit of a fulfilling relationship. The reasons why? Hurtful, stereotypical ignorance.

What’s wrong with interracial relationships? ABSOLUTELY NOTHING! #loveisblind. Diversity is what makes the world beautiful. Seeing different races, cultures and religions collide is a beautiful thing. Love is beautiful - period. The problem occurs when an individual chooses to cyberbully other races instead of simply bragging about the qualities they’ve found in their significant other that just happen to be this or that race.

They've been created, posted, screenshot and cropped, and shared over and over again - controversial memes prompting negative racial comparison from social media bloggers.

- “Get you a Katie and leave KeKe’s a** alone.”
“…Stop messing with Tyrone and get you a Thomas."

As if the intentional use of common African American or common Caucasian name weren't enough - supporters went so far as to list offensive reasons why they believe people should abandon the race they are currently dating and switch to the race they believe is far better.

Many social media bloggers were understandably offended and fired back causing a comment-for-comment showdown revealing just how reckless human beings can be with one another’s self-esteem when it comes to defending their race or advocating for another.

#getyouathomas… “Black men are disrespectful. Black men always have a bunch of angry, hostile baby mamas that lash out because black men don’t financially support their children. Most black men sell drugs for a living. The ones that don’t sell drugs, don’t work at all, they just play video games and contribute to the unemployment rate. Latin and Middle Eastern men have a better work ethic. White men have a way better credit score which means you’ll live in a purchased house instead of a rented house or a rented room at their mama’s house. If you have a baby with a white man or a Hispanic man, your baby will be more beautiful - good hair and pretty eyes. #reproducepretty #golddiggingafuture

#getyouatyrone… “White men have “too little” to offer “down there”. Black men have inches and inches and more inches. White men care more about appearances than having fun, they’re so bland and boring. They have no rhythm. They don’t know how to get #turntup. White guys are more likely to divorce you because they can actually afford good legal representation…to protect the prenup agreement they forced you to sign before you’ve had a chance to sign the marriage license. White men don’t want full figured women, only black and Hispanic men do. #ican’tfeelit #snooze

#getyouakatie… “White women are way too spoiled and helpless. They’ll expect you to take care of them, make sure they stay daddy’s little girl for the rest of their lives. White women are only interested in butt implants, lip plumping, Instagram likes and twerk lessons so that they can attract pro athletes and get reality shows that makes them famous for having absolutely no talent and further embarrass women as a whole by throwing champagne glasses and pulling hair. #swaggerjackers #fake

ALL these stereotypes are equally unfair opinions and conclusions based on the misunderstanding and misuse of statistics or an embellished recollection of one person’s dating experience. Comments, likes, shares, stats - none of these calculate the personality and character of any person walking this earth. These views don’t apply to everyone that share the same race. If we want a brighter day as much as we claim to, it’s our job to not allow these remarks to play us against one another. It’s important that we don’t pass up our soulmate because we’ve been convinced that their race isn’t for us.

What about the people who circulate these memes, agreeing with and bashing their OWN race? What right does a black man have to get upset and go on a social network rant about racial profiling if he uses racial profiling to depreciate the value of a black woman all because he’s in an interracial relationship? It’s okay to use race as ammunition when we talk about #relationshipgoals just unacceptable to use when a man who’s not of color is conducting a job interview? Makes no sense huh? Wrong is wrong. If a person said don’t hire him because he’s more likely to be late than a white man or a Hispanic man, is that wrong? Yes. It’s also wrong to tell a man not to date a black woman because she’s more likely to wear a wig. How can we demand that the world to stop seeing color and then magnify that discrimination? And laugh about it?

What about the people who scroll across these memes and entertain them because it makes THEIR race look superior? If a black woman posts a photo of her natural curves, bragging about her derriere’s authenticity but takes it a step further by claiming her body is more sexually desirable than a white woman’s body because white women are more likely to need modifications? Did she just cross the line? Yes. And so did everyone who laughed and commented in agreement.

Is anyone considering our youth? Body dysmorphia is real. Is it healthy to sort who’s deserving of a companion and who’s not for teens to see or hear? What if they grow up believing they’re less likely to be loved by certain races because they’ve read racially based cons and not enough pros? #themoreyouknow

In life, we all encounter people that we’re not equally yoked with. Not every relationship will work or end on good terms. Looking back on your experiences, you may find things that you didn’t like about a man or woman. And that’s okay. Move on. Find your soulmate, but it’s not okay to contribute their flaws to their race or nationality and then use that racism to poison others away from the race you traded. What if their true love is in the direction you’re telling them to flee from? Somewhere out there, there’s a soft-spoken black woman with no children and beautiful hair that she grew all on her own.

In America and in other countries there are thousands of happy people in happy relationships. If you fall in love with a person and embark on a romantic interracial journey, boast about the things you love about that special person. And if it’s real love, the color of their skin will never make the list.