If you like a guy, you might as well let him in on the information. One of the biggest reasons to make the first move is so you don’t have to wonder what he’s thinking. If he’s interested, great! If he’s not, you have the green light to move on. In the end, at least you’ll know how he feels.

Confidence is sexy as long as it doesn’t turn into cockiness. By showing a guy you’re interested, he’ll be impressed by your boldness. If you’re worried that he’ll laugh at you for thinking you have a chance with him, then he’s not worth your time. If he’s a nice enough guy, the worst that will happen is that he’ll politely turn you down. Who knows, he just might have a cute friend that’s perfect for you! 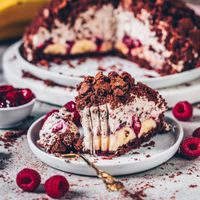 7 Celebrity Cooking Tips to Make You a Healthier Chef ... 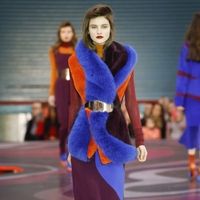 We Love These Looks from the London Fashion Week AW 2015 ...

A guy might have a crush on you, but lacks the confidence to ask you out. By making the first move, you can cause something to happen that wouldn’t have occurred otherwise. Some men are shy or just assume that you wouldn’t want to go out with them. Others might not have considered you as an option in the beginning, but will gain interest once they know how you feel. You know what they say: honesty is the best policy.

Traditions can be great, but so much has changed since the olden days. It’s now socially acceptable for women to be the ones to initiate sex or a relationship. You shouldn’t expect men to ask you out when you’re perfectly capable of doing the same. Anything they can do, we can do better. So what are you waiting for?

When you make the first move, it shows that you’re capable of taking charge. What you want, you go for. Asking someone out is a compliment, so at the very least your crush will be flattered by your attention. If you’re lucky, he’ll be attracted to your determination. So go get ‘em, tiger.

Who doesn’t like to brag? If the relationship works out, you get to say that you were the one who initiated the relationship. If it wasn’t for your confidence, the two of you wouldn’t be together. Even if he gained the courage to ask you out one day down the line, the timing might have been off. You get to take responsibility for your happiness.

7 Feel Good about Yourself

Whether or not you get a relationship out of the deal, at least you tried. It feels great to know you were able to do something most consider quite scary. Even if your crush doesn’t appreciate your attempt, you should be proud of yourself. Putting yourself out there is nerve-racking. So give yourself a pat on the back.

8 Not a Game Player

9 You Get to Choose

Instead of guys hitting on you and going on a date with someone you're not really into, make the first move so you get to choose. You know your type and you know it isn't the guy who keeps buying you drinks during your ladies' night out. Be in control and go for the one you want.

Your best friend is crushing big time on a guy at work, but is worried he will turn her down. Why not inspire her and show her that if you can make the first move so can she!

Making the first move in a relationship will give you good practice in love and in life as well. It will help boost your confidence to go after other things you have been meaning ask for, like that big raise at work!

Now put on that gorgeous smile and ask out that hottie you’ve been eyeing! Have you ever made the first move? How did you do it?

How to flirt with coworker guy ...
Why are cashews so addictive ...
How to not let your past relationships affect new ones ...
Is tea better than water ...
How quickly do you get sick from food poisoning ...
What do i do with cucumbers ...
How to make curls bigger and looser ...
Is moving back in with parents a good idea ...
Is it bad to eat expired hummus ...
How to keep eyeliner in place ...