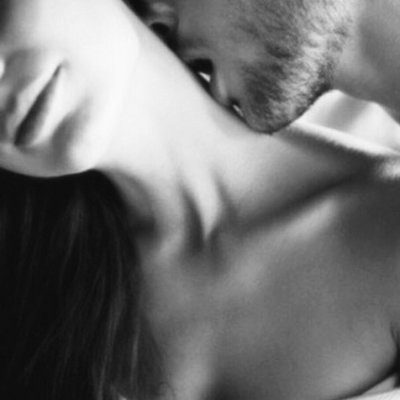 "I think Laura is the only one with all ten fingers still up," my roommate said, spilling the contents of her shot glass as she motioned toward me.

All eyes on me. On the loser who had never done jello shots or hooked up with a professor or kissed a boy. But they didn't need to know that last part.

"Oh my gosh," a brunette, who I didn't even recognize, asked. "Are you still a virgin? She can't still be a virgin. No way."

The room was filled with women in their late teens and early 20s. We all attended the same college, but that didn't make us friends. No, the only reason they were allowed in my dorm was because my roommate swore they'd be tame.

I let it slide when one of the guests showed up with a bottle of tequila, even though that should've been my cue to kick them out. But now I was getting frustrated.

"I uh, I've never actually..." I hated myself for stumbling over my words. I would've hid in my bedroom if it wasn't for the fact that I'd seen a lesbian couple sneak into it earlier. "I'm single, so..."

"That doesn't mean anything," a squeaky voice said. "Go have a one night stand! Find a friend with benefits!"

"I have some guys in my phone," another girl said as she scrolled through her numbers. "Here. Dial this one. He'll sleep with anything."

"How is it all right? You need to get laid!" a random blonde said. "Try signing up for Tinder."

If there was a single man in the room, I would've grabbed him and planted one on him, just to shut everyone up.

But thankfully there weren't any, which meant I had time to come to my senses and remember that I was saving my kisses for the right guy, even if that meant I'd have to wait another twenty years to reach first base.

Six months later, almost to the day, I went on a first date with a guy from my Victorian Literature course. Tall, red headed, and green eyed. Majoring in English, just like me. Saying he was "my type" would be an understatement.

The date went well. We spent three hours at a cafe attached to a bookshop, sipping on different teas and sifting through new novels to read. He actually managed to strip away my social anxiety and made me feel comfortable. At least, until the end of the night.

When it came time for us to say goodbye, outside of my dorm building and under a cluster of stars, his lips inched a little too close to mine.

"We should go out again next week," he said, his pupils flicking from my eyes to my lips.

And that's when I did the unthinkable. The thing everyone had told me to avoid doing at all costs. I said, "I've never actually done this before."

"Sex on the first date?" he asked with a little laugh. "I didn't even know I was invited upstairs."

Instead, he brought his lips even closer, so that they almost brushed mine when he spoke. "I've never been anyone's first kiss before," he said.

"No?" I asked, incapable of thinking of a longer response. My brain was focused on what was about to happen. On how soft his lips looked. On how badly I wanted to feel them against mine.

After a few stunned seconds, I let my body respond. I placed my hand on the back of his neck, feeling the stubble from the end of his haircut, and sucked on his lower lip. He tasted like the green tea we'd drank earlier.

When he ran his tongue over my lips, I parted them just enough to let it inside. It swirled around mine, but before we could get carried away, I pushed my palm against his thick chest to stop him.

The kiss was worth the wait, and I knew the sex would be, too.