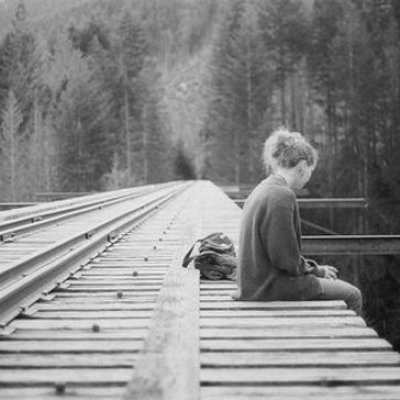 "I love you, Ally. I love you more than I thought it was possible to love another person. I can't live without you. I'd kill myself if you left. You know I would."

When Tom finished his little speech, he reached out a hand to push back my hair. I flinched when I saw him move, saw the flash of veins in his muscled arms, but I ended up letting him do as he wanted. "I know," I said.

"I don't think you do." His hand lowered to cup my cheek. "If you did, you wouldn't be acting like this. I said I was sorry. I mean it. It's not going to happen, again."

"Okay," I said, but I kept my eyes directed at the floor. My vision was still blurred from the tears.

He moved closer, with his lips this time, and I managed to keep myself from flinching again. After all, I knew what he was doing. What he always did after a "fight."

He placed a gentle kiss on my forehead, and then on my nose. "Ally. I love you."

"I love you, too," I said, trying to ignore the sting of my cheek and the blood crusted across his knuckles.

"Are you kidding me, Al?" my best friend, Tyrese, said when he saw the blossoming purple bruise I failed to hide under layers of concealer. "I'm going to kill him. I'm really going to do it this time."

"It's nothing. No big deal," I said, pushing my side bangs further across my face, hoping it hid the mark on my cheek.

I clutched my books tighter against my chest. "I love him."

Down the hall, someone slammed their hand against a locker. Hard. It created a reverberating sound that caused me to jump, flailing my hands. My entire pile of books fell from my grasp and thudded against the tiled hallway.

"Look at you," Tyrese said through clenched teeth, and then repeated it with concern. "Look at you. You shouldn't be freaking out whenever a--"

He sighed, a frustrated sound, and for a second I thought he was going to head to class without me. But then he crouched to help me scoop up my books instead. "You have to understand," he said. "Tom doesn't love you."

"Listen," I said, my voice dropping to an angry whisper. The type of voice mothers use when disciplining their kid in public. "There are a lot of things I'm not sure about, but that's not one of them. He loves me. It's not opinion. It's fact."

"Okay, fine. Maybe he does. Maybe he loves you more than anything." The books were all piled up now, but he remained on the floor with me, matching my low tone. "But if he loves you, how do you think he treats people he likes? Or people he hates? Do you really want to be with the guy who treats waiters like shit? The guy who tells you what to wear? The guy who ruins that gorgeous face?"

"That's emotional abuse," he said, the disgust evident on his face. "Not surprising since he physically abuses you."

My voice was small when I asked, "What if he meant it?"

He ignored the question to say, "He loves you. You love him. But that doesn't mean you belong together. You don't belong with him."

The school bell rang, signaling that we were supposed to be in class, but Tyrese didn't move. He just said, "Text him. End it."

"You won't be alive either if you let him talk you out of this again. Text him. Or call him. While I'm sitting next to you. That way, you won't back down."

But I didn't want to put myself through anymore pain, either.

That's why I leaned my back against the locker, waited for Tyrese to edge up next to me, and dialed the phone.

** Remember, if you ever find yourself in an abusive relationship, get out as soon as you can. The right man for you would never hurt you. You deserve better! **