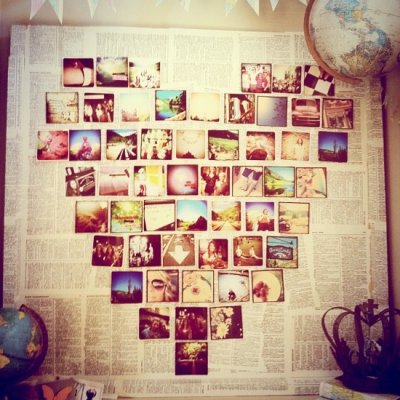 Love is … well, there are so many answers I’ll let you choose the one that most meaningful to you. But let’s agree love is something very special and something to be celebrated. So celebrate it we do – all around The World – and in all sorts of beautiful and strange ways.

In Korea, they don’t just have one day of romance on Valentine’s Day. They actually celebrate romance in various forms on the 14th day of every single month! matadornetwork.com

Sonkajarvi, a town in Finland holds a wife carrying world championships where couples can compete for their partner’s weight in beer!
eukonkanto.fi

The Tomb of the Unknown Soldier in Moscow is a really popular place for newly-wed Russian couples to have photographs.
m.fourseasons.com

In Fiji, it is common practice for a man to present his prospective father-in-law with a whale’s tooth before he asks for his daughter’s hand in marriage.
kamacatchme.com

An old tradition in Scotland was for the bride to be pelted with lots of gross things like rotten eggs, fish and treacle, in an attempt for humiliation to better prepare a couple for marriage! It's called blackening the bride.
visitscotland.com

Lots of couples in Italy travel to Rome to attach a padlock to the lampposts on Ponte Milvio Bridge and then throw the key in the water.
lifeinitaly.com

When a Chinese groom goes to collect his bride, he is confronted with a blockade of bridesmaids whom he has to give envelopes of red money! An updated version of the old-fashioned dowry.
travelchinaguide.com

Every year in Morocco there is the Imilchil Marriage Festival to celebrate the story of two star-crossed lovers like Romeo and Juliet who drowned in their own tears.
travel-exploration.com

And speaking of Romeo and Juliet, a particular balcony in the city of Verona has become a top destination for loved up couples, who go to get in touch with Shakespeare’s tragic romance.
viator.com

In Cambodia, a family of the Kreung Tribe might set up a ‘courting tent’ in order for a daughter to entertain and decide on many different suitors.
dailymail.co.uk

An annual event in Niger sees all of the men of the Wodaabe Tribe dress up in costume to perform a song and dance in an attempt to win a bride.
en.wikipedia.org

March 8th in Russia is known as Women’s Day, which is a day similar to Valentine’s Day where mothers, grandmothers, wives, partners, and daughters are given flowers, chocolates and gifts.
masterrussian.com

At a Puerto Rican wedding, a doll of the bride is placed at the head of the top table and is draped in beautiful charms and beads.
latinabroad.com

On Valentine’s Day in Japan, it is the women who buy chocolates and gifts for the men, not the other way around!
en.wikipedia.org

An old tradition in Wales states that a man must present his lover with a carved spoon to show that he will always provide for her.
en.wikipedia.org

Many wedding ceremonies in Libya are traditionally held in conjunction with harvest festivities and celebrations such as the Ghadame Date Festival.
lonelyplanet.com

Bachelor and Spinster Balls are a famous rites of passage in Australia, full of drink and frivolity and giving young people are chance to find a love match in the Outback.
dailyadvertiser.com.au

During a couple’s first dance in Greece, guests proceed to pin money to their clothes!
blog.udemy.com

A custom that is widely adopted throughout Asia (and some parts of Africa) is the use of henna decoration on the body, to signify beauty and youth on a wedding day.
thecultureist.com

India now has a TV channel specifically dedicated to finding marriage matches for singles; Shagun TV is pretty much like QVC but for marriages!
facebook.com

In Papua New Guinea, young men cover themselves in paint and feathers in an attempt to win over a prospective bride.
en.wikipedia.org

Women who are born at a certain astrological time in India are believed to be cursed marriage wise, so they often marry a tree, then have it cut down to break the curse!
britannica.com

It used to be common for a groom in Korea to have his feet whipped before his wedding day in order to prove his strength and resilience. It is known as Dongsangnye.
asiaenglish.visitkorea.or.kr

In the Deep South, newlywed couples are encouraged to jump over a broom together to symbolize the beginning of their new life as a pair.
en.wikipedia.org

Before marriage ages were lowered, young British couples would elope to the first town in Scotland, Gretna Green, to tie the knot.
gretnagreen.com