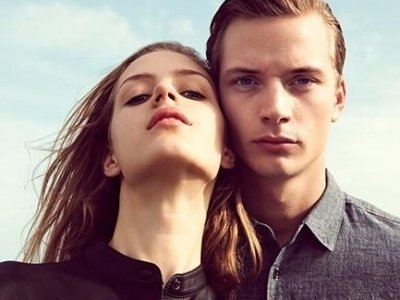 Ladies, one of the top things guys hate to hear is, “Does this dress make me look fat?”. Reason being, they love you for who you are and they want you to love yourself for all that you are. Guys love when their significant others have confidence and pride in their appearance, so whether you have curves or not, rock what you got girl!

Do you want to hear about his Ex...no? Well, he doesn’t want to hear about your Ex either! When you say things like, “My Ex used to act just like that.” or “I can’t stand when you do that it reminds me of my Ex.”, you are crushing his confidence. Don’t compare your guy to a past relationship, don’t mention things you hated about your Ex, and just don’t say the guy’s name at all!

3. When You Put Yourself down

This goes along the same lines of the fat question, ladies. Guys hate to hear self doubt like when you say, “I can’t do anything right” or “I’m never going to make it anywhere in life”. Even if you have these feelings, there are different ways to go about airing them to your guy. If you’re having trouble with something, ask him for help, but don’t put yourself down. They love a woman who is a go getter, a motivator, and sees a bright future ahead, not someone who is always down and depressed about life.

4. When You Compare Yourself

When guys are put on the spot, it can be difficult for them to answer a question without sounding like they are lying. They are shocked by the question more so than they are lying about their answer. So, when you ask your guy, “Do I look better than her?” or “Are my breasts as big as hers?”, they are surprised that you would feel the need to compare yourself to another woman, because they love you just the way you are. Plus, who cares what other women look like and what he thinks about them, he’s with you.

5. He Reminds You of Your Brother

No, he doesn’t...does he? OK, so there might be a few similarities; they like the same football team, they both love pizza, and they both hate Justin Bieber, but does that really mean he reminds you of your brother? This comment is a definite relationship killer ladies, no guy wants to be compared to being your sibling. Now every time you kiss, he will have this on his mind, and do you really want to kiss someone who reminds you of your brother?!

Guys don’t mind helping you around the house, but they don’t want to just be handed a honey to-do list. Instead of leaving him on his own to do all of these things for you, as if he is some kind of servant, why not tackle the to-do list together? Your guy will feel more confidant as a team when you are taking care of the lawn or fixing the shutters together, so don’t make him feel like a team of one and leave him to do it all on his own.

Ladies, this phrase is not healthy for your relationship! It puts your guy in the middle of choosing between what you want him to do and what he has already planned to do. If you tell him, “Do what you want”, and he does...well you know you’re going to be mad at him. However, if he does what you want, you know he’s going to be miserable. So just don’t ask him to go shopping when the game is on, or ask him to go to your cousin’s kid’s 4th birthday party if he is planning on having the guys over!