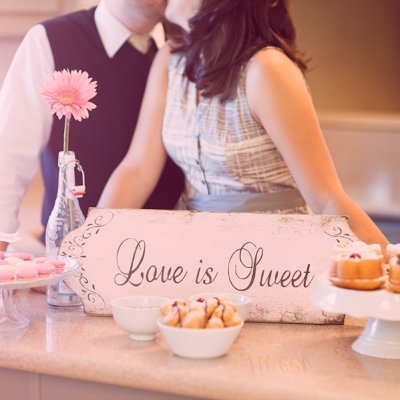 1. Lying about Being in a Relationship

If you're in a relationship, but you tell someone that you're single, then something is very wrong. You should be proud of your partner and want to brag about them every chance you get. If you're lying about being single, then you're leading someone on while disrespecting your partner. It's one of the little things that count as cheating, so you should avoid doing it.

If you're friends with a member of the sex you're attracted to, you have to think about what's appropriate and what's disrespectful to your partner. If you want to send a friend a picture of you making a silly face, go ahead. If you want to send that same picture while you're in your underwear, it's a bad idea. You should always think of your partner's feelings before you do something that could be seen as cheating.

3. Flirting in Any Way

Don't flirt with the waiter, because you feel like he had a rough day. Don't flirt with the cop that pulled you over in order to get out of a ticket. If you wouldn't want your partner to behave the way you're behaving, then you shouldn't do it either.

4. One Kiss While Drunk

It doesn't matter if you're intoxicated, sleepy, or overtired. You're responsible for your own decisions. If you cheated, then you cheated. There isn't any good excuse for doing so, so take responsibility for what you've done.

5. Not Telling Your Partner

If you've been innocently texting a hot guy, but purposely avoid telling your partner about it, it's sketchy. You should be honest with your partner, and shouldn't be keeping secrets from him. If you feel like you can't tell him about the guy you're texting, then you probably shouldn't be texting him in the first place.

6. Having an Emotional Affair

Cheating doesn't have to involve kissing and touching. You could have an emotional affair by falling in love with someone else, or simply telling your deepest feelings to someone who isn't your partner. Emotional affairs are tricky to define, but you should know it when you're having it.

7. Anything You Agreed Not to do

What is and isn't considered cheating is different in every relationship. If your partner made it clear that he doesn't want you talking to your ex, but you do so anyway, you're disrespecting him. If you agreed not to do something, even if you find it silly, but then you do it anyway, you're in the wrong. If you didn't think the rule was a good one, then you should've told him ahead of time.

No one wants to be cheated on, and if you love your partner, you'd never hurt them by destroying the trust they have in you. Have you ever been suspicious that your partner was cheating on you?