What do Men Think about during Fights?

We women know exactly what goes through our minds during a fight. But trying to figure out what your man is thinking can leave you feeling stumped. This is an inside view of what’s really going on in their minds. Some things are very close to how we feel in the midst of an argument and some of them are vastly different.

1 That You Don’t Respect Him

This one was mind blowing to me the first time I heard it. In the middle of an argument, men are offended because they don’t feel they’re being treated with respect. Women are upset because they feel their man is being very harsh and unloving. My opinion on this was who cares about respect when love is what matters? But the truth is that men care a lot about it. Respect is a very big deal in their masculine world.

2 They Think of Escape

Most women want to see a fight through to the end. Men aren’t this way at all. They often think of escaping during an argument. That’s why so many of them check out by taking off with their friends or just leaving when they’re upset. While arguments do need to be worked out, there’s some wisdom in giving your man time to calm down. He’ll be more ready to talk after he’s had time to think. 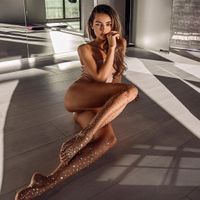 10 Superb Ways to Avoid Piling on the Pounds at Christmas ... 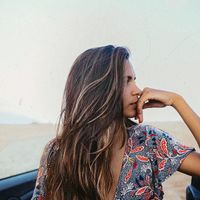 How to fix messy braids

3 That You Don’t Understand Him

This one goes both ways. Women and men both feel misunderstood during arguments. There’s a little trick that can be very helpful here. It can be a good idea to tell your man what you think he means and ask for clarification. Many times what we think they mean isn’t what they really mean at all.

4 That You Complain a Lot

Men tend to think that women complain a lot. We women know that there’s usually a very good reason for our complaining, right? But since women are generally more talkative than men, they can get overwhelmed when we state the problem in six different ways. It’s sometimes best to say what’s wrong once in a direct manner. Men are usually more willing to communicate when you’re direct with them.

5 That You’re Way Ahead of Him in the Fight

Women are usually verbal queens. We’re pretty good at verbal battles. While men can hold their own in an argument, inside they feel like they're losing. Men need more time to process and think than we do. Women instantly know what our feelings are. They often don’t.

6 That It’s a Stupid Fight

Men and women both feel this way at times. Have you ever found yourself in the middle of an argument and wondered why you were fighting? That’s usually a sign that you’re fighting over something trivial. Those are times it’s good to call a stop to the fight. Decide to let it go and enjoy your day together.

7 That You Assume the Worst of Him

In the middle of an argument, men are often frustrated because they feel you’re assuming the worst of them. He may feel you don’t want to understand him. He’s probably also thinking how much he adores you and doesn’t know why you can’t see that. Both men and women can feel their partner assumes the worst of them. You’ll have fewer and shorter arguments when you both give each other the benefit of the doubt.

These are 7 things men often think during a fight. Do some of them surprise you? Do you see these points in your man when you look back at your arguments?

weightloss
10 Superb Ways to Avoid Piling on the Pounds at Christmas ...
fashion
7 Funny Women Who Got Style Too ...
lifestyle
Nancy Pickard
fitness
10 Workouts for Women Looking to Burn Mega Calories ...
hair
How to fix messy braids