7 Things You Should Never Be Embarrassed to Tell Your Boyfriend ...

Your boyfriend is the one person that you should be able to tell anything to. If you're still in the beginning stages of your relationship, you might be so focused on impressing him that you keep some of your thoughts a secret. However, if you're already together, there's no reason to hold back. If you have something to say, then say it. Here are a few things that you should never be embarrassed to tell your boyfriend:

This sounds like a silly one, but it's something that a lot of people are afraid to admit when they're at a friend's house, because they don't want to sound rude somehow. However, your boyfriend doesn't want you to starve. If you're hungry, then let him know. He's bound to have something around the house that you can snack on.

2 That You’re on Your Period

If you get moody during a certain time of the month, don't be afraid to tell your boyfriend that it's your period's fault. He knows that all women menstruate, and if he's grossed out by the idea, then he's not mature enough to be dating you. If you're sexually active, then it's extra important to tell your boyfriend when you're on your period. That way, he won't try to initiate anything. Plus, he'll be relieved that you've gone another month without getting pregnant. 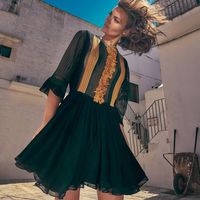 7 Facts about the Sun That Are Amazing Interesting ... 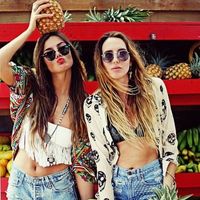 If you don't like the movie your boyfriend picked or the television show he put on, don't be afraid to tell him. You shouldn't be rude about it. Just don't pretend to be entertained when you're bored to tears. If you lie about loving the film, then he's going to make you watch more films like it in the future. It pays to be honest.

4 That You're a Virgin

If you're a virgin, or if you've never been kissed, it's important for your boyfriend to know it. It's not going to make him like you any less. If anything, it will make him feel special, because he's going to be the first boy to touch you.

5 That You Need Help

Your boyfriend knows you're not perfect. If you can't figure out a math problem or can't find the toilet paper in his bathroom, feel free to ask him about it. He's not going to think you're stupid. He'll be happy that you need his help.

If you don't let your boyfriend know that he did something to upset you, then he's bound to do it again, because he won't think it's an issue. That's why you should speak up when he does something you're not okay with. You don't have to yell at him about it. Just sit him down and explain how you feel.

7 That You Have Parental Issues

No one's family is perfect. If you want to rant to your boyfriend about your parents, don't worry about him judging them. He should know all about your life. That's why you should also tell him about your medical conditions and your deepest darkest secrets. Why should you keep anything from him?

Your boyfriend wouldn't be with you if he didn't care about you, so you shouldn't be worried about telling him any of the things on this list. Have you ever been embarrassed to tell your boyfriend something?

lifestyle
7 Facts about the Sun That Are Amazing Interesting ...
celebs
Is a Film Version of Friends Really on the Works
lifestyle
7 Reasons I Love Toronto ...
health
7 Good Reasons to Join a Gym ...
lifestyle
Hawaiian words