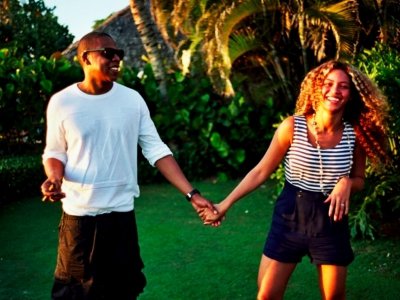 If you’re having trouble in the dating department, get a wingman! All they need to do is tap someone on their shoulder, point to you, and ask the big question: “Haaave you met [name]?” It’s simple, yet effective. Even if you don’t want to use that exact phrase, one of the Barney Stinson flirting moves you should steal is to always have a wingman.

Always dress to impress. You don’t want to be with someone that values your appearance over your personality, but you need to make a good first impression. Unfortunately, the first thing someone will see is your outfit, not your sense of humor. Wear something amazing, and then back it up with your awesome personality.

Confidence is key, and we all know that Barney has more confidence than anyone. No matter what situation he’s in, he act like he can handle it, even if he can't. He always speaks highly of himself, and you rarely hear him voice complaints about his self image. You might think poorly of yourself, but you have to act like you think you’re a prize. Pretty soon, your acting will become a reality.

Be creative. You shouldn’t dress up like a genie or a member of Cheap Trick like Barney does, but you can approach people in unique ways. It’s common to get hit on at a bar by being told that you’re pretty. Try doing something a little different, but unlike Barney, always be yourself.

Barney purchases a teacup pig, because he knows its cuteness attracts the ladies. You don’t have to invest in an animal, but there are plenty of props that can help you strike up a conversation. Bring along a popular book that others will recognize, or wear a shirt declaring your favorite band. Others with similar interests will approach you, and the love story shall begin.

Some people aren’t all that fond of Barney’s skills as a magician, but he preforms magic anyway. You have to be yourself, no matter what. If someone else doesn’t approve of your actions, oh well. You can find someone else who really loves you for you.

Don’t keep your distance from someone you like, because you don’t think you have a chance. A challenge is fun, after all. You should never let your insecurities stop you from going out there, and getting to know someone. Accept the challenges, instead of running away from them. You'll soon figure out just how much you can accomplish when you really put yourself out there.

If you’re a fan of How I Met Your Mother, then you know how truly legendary Barney Stinson is. What’s your favorite play from the Playbook? What about your favorite quote of his? There are plenty to choose from!