10 Things Sexually Active Women Need to Know How to Say ... 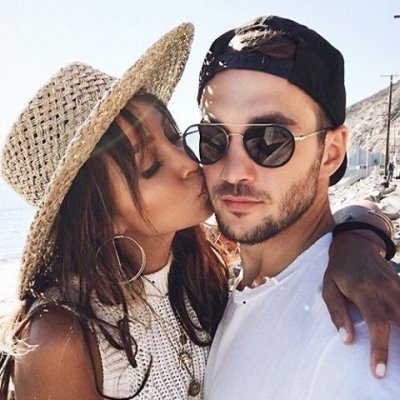 If you're sexually active, you have a few huge responsibilities. They'll help you keep your body healthy, your confidence high, and your sex life thriving. So if you've been sleeping with your boyfriend, here are a few things that you, and ever other every sexually active woman in the world, should know how to do:

1 Turn down Sex when You're Not in the Mood

Agreeing to have sex once doesn't mean you have to have sex every other time your boyfriend wants it. If you're not in the mood, then you shouldn't give in to him. After all, you won't have any fun unless you're just as eager to get down and dirty as he is. That's why you should know how to say "no" to your man without feeling bad about it.

2 Initiate Sex when You Are in the Mood

You don't have to wait for your boyfriend to initiate sex. If you're in the mood, then you can take the lead. Your man won't mind. In fact, most men think it's sexy when a woman takes control in the bedroom. So hop on his lap, french kiss him, and do whatever else you need to do to let him know what's on your mind.

3 Put on a Condom

Your boyfriend doesn't have to be the one to roll the condom onto himself. He might think it's sexier if you do it for him. Of course, that means that you should know how to unroll a condom, how to open the package, and where to buy them. It's better to be safe than sorry.

5 Get Tested for STDs

It doesn't matter if your boyfriend swears that he was a virgin when he met you. If you're sexually active, then you need to get tested for STDs. The sooner you find out if you're infected, the better, because there's medicine that can help you. You don't want to end up making things worse by waiting years to find out if you're healthy or not.

If you're sexually active, you should talk to your doctor about the birth control pill. It'll help prevent you from becoming pregnant. If you end up taking it, you should know the proper way to use it. That means you should never skip a day, and that you should take it around the same time each day. Otherwise, it'll be useless.

Even if you're on the pill and always use condoms, there's still a small chance that you'll become pregnant. That's why you should know all of the signs of pregnancy. You should also know where to buy pregnancy tests and how to take them to see if you're going to be a mother.

8 Stay up on Routine Health Checks

It's always important when you're sexually active to not only get tested for STDs, but also carefully maintain your yearly Pap smear. You want to make sure you haven't developed anything that maybe wouldn't show on an STD check.

9 Ask about Their Sexual History

If it's a boyfriend/girlfriend you're probably going to have asked this before, and sometimes in the heat of the moment it slips our minds. However, you should always make sure you ask because, while some people may lie, others might be more forthcoming if you're open to hearing it. This could prevent you from contracting something you could have avoided because they maybe thought you knew.

Sex is a very feminist act when you think about it. The who, where, why, and when are all up to you. Saying yes to a guy doesn't mean you have to say yes to his friend. And it certainly doesn't mean you can't say no in the future. Having a voice is so important when you're sexually active because it can save you from a potentially dangerous situation later on.

If you've been having sex with your boyfriend, make sure you learn how to do all of the things listed above. What other responsibilities do sexually active women have?