Short Story Searching for a Soulmate ...

He rolled his eyes and wriggled away from me. "I don't get why everyone goes so crazy over those things."

"Are you kidding?" I extended my arm, letting him see the ink creeping onto it. It was my eighteenth birthday, and that meant The Process was about to begin.

The Process started happening two decades ago, and no one knew why until a few years back. Whenever a kid turned eighteen, an image would appear on their skin, almost like a tattoo. It took about a week to show up entirely, but it could start at any time of the day and appear on any area of the body.

Since my birthday was today, the outline had just started showing up. Right now, it looked like an oval blob on my forearm.

"You never even told me what yours was," I said, giving an overdramatic frown. "And your birthday was like, three months ago."

He cleared his throat, trying to keep his eyes focused on mine, and said, "Well, I don't believe it. I like who I like. I'm not marrying based off of this thing. The whole matchmaking thing is just a rumor, anyway."

That was a lie and he knew it. There were studies that showed people with matching designs had lower divorce rates. That they led happier lives. That they were soul mates.

That's why I said, "Shut up. You know you want to find your match. It'll be fun looking for her, too. Just like those scavenger hunts we used to go on as kids."

"Yeah, well we're not kids anymore," he said, looking directly at my chest.

I didn't mind the staring. Our mothers had been friends since high school, and we grew up in the same apartment building. We took baths together when we were two. We "dated" when we were four. We broke up when we were five.

I could push her up against the wall, stick my tongue down her throat, and then whisper that I loved her--and she still wouldn't get it.

Every second with her was torture.

She had no clue where the design would pop up on her body, so she'd stripped off her clothes about an hour ago to stand in front of me in her underwear. A light pink, lacy bra clung to her chest and a matching pair of boy shorts barely covered her booty.

Now that the tattoo was finally starting to show up, she was sitting on her bed, running her thumb across the spot.

"Come on," she said, drawing out the last word. "Don't be a baby. You show me yours and I'll show you mine."

She winked and I swallowed hard, trying to keep my heart from fluttering away.

"Nah. Not showing anyone." I scratched at the nape of my neck. "If I find a girl, I want her to like me for me. Not because our tattoos just so happen to match."

She kept begging, and I kept refusing. Of course, it didn't take long for her to forget what she was complaining about and direct all of her attention toward her own design.

She didn't have a clue what it would look by the end of the week, since it was barely an outline now, but the fuzzy lines looked just like the lines I saw on my own body a few months earlier.

If I was right, that meant her design would be identical to mine. 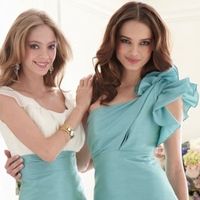 7 Gorgeous Bridesmaid Dresses for Your Girls ... 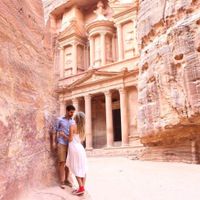 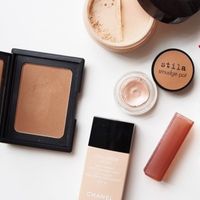 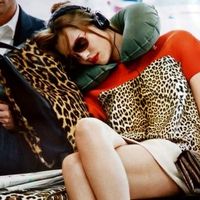 7 Things to Have in Your Carry-on for Longer Flights ... 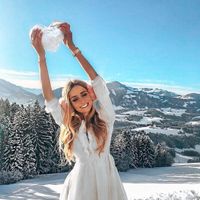 Only You Can Control Who You Let into Your World ...

How can i tell my best friend that i love him ...
How to apply lipstick for beginners ...
What foods speed up metabolism ...
What does low gi stand for ...
How to make nicknames ...
What are low glycemic index foods ...
What food help grow glutes ...
Is there gluten in wheat ...
How often should i water my crepe myrtle ...
How to stay makeup for long time ...