7 Things You Need for a Successful Long-Distance Relationship ... 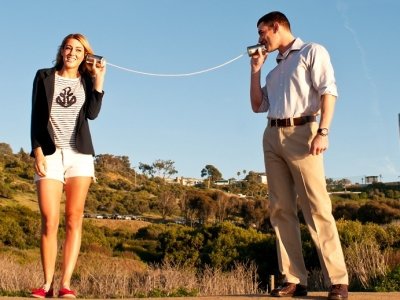 I always thought that there was no such thing as a successful long-distance relationship. Maybe it seems like it's going to work at first, but in the end, it all finishes in the same way. However, now I think they can, but it's not easy. Relationships are hard at the best of times and putting substantial physical distance between the two of you is never going to make it any easier. But it can work - and this is what you need to give yourselves a fighting chance for a successful long-distance relationship.

Obviously, but this is even more important for a successful long-distance relationship. Ok, so you can't see each other as often as you'd perhaps like, but there are so many easy, free ways to keep in touch now - whether you're 100 miles away or 3,000. Obviously, it's not just about practical means of communication. You need to be able to be completely open with one another - if one of you is feeling down, a bit insecure or even just missing the other more than usual, then you have to be able to talk about it openly and honestly.

It's one thing having the means and inclination to communicate, but you also need to make the time. Lots of us don't get much spare time anymore, and that daily Skype call or whatever can start to fall by the wayside. If you're not taking the time to actually, properly talk to one another, then it's not going to work. It just won't. Also, maybe try setting a joint alarm every day. When that alarm goes off, you both know that you'll be thinking of one another.

Again, you need this in every relationship but it's so important long-distance. I'm sure that all of us, no matter how happy we are, sometimes have days where we worry about what our partner is doing. When it's long-distance, you'll have no way of knowing for sure so you will have to go on trust. If you don't trust them, the insecurity will wear you both down sooner rather than later.

You have to be willing to put a reasonable amount of commitment into a long-distance relationship - let's be honest, they take a lot more effort than a relationship where you live five minutes away from each other. If you don't go into it wholeheartedly, then it won't work: you just won't put the effort in.

Let's be honest, we all need this for a relationship to work and if you're 1,000 miles away, you probably aren't getting any. But there are other ways to get what you want - skype, messaging, snapchat. It's not as good as the real thing, but it's much better than nothing.

It's all well and good talking every day, but you do need to actually see each other at some point. I appreciate that, depending on where you both are, time and money may be an issue. However, even if it's not that often, it's important to make dates to meet up as regularly as you both can.

You can't carry on like this indefinitely. If you feel that it's a relationship that's truly going to last, then you both need something to work towards. Otherwise, those steps - moving in together, getting more serious - just aren't going to happen. And, if you know there's an end in sight, it'll make the bad times where you miss each other more bearable.

Every relationship is different, and this isn't a step-by-step guide - just the things I feel like I need. What do you think? Are long-distance relationships more likely to end badly, or is it possible to defy the odds?