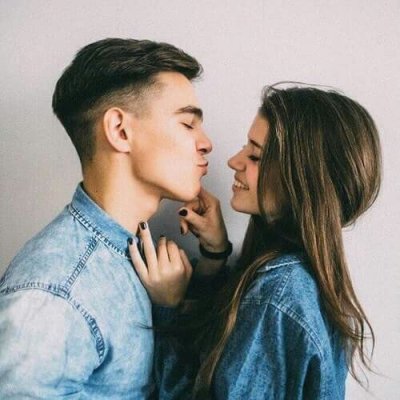 You'd never cheat, so you don't want your boyfriend to get the wrong idea about you. If he really cares about you, it's natural for him to worry about all the ways you could potentially hurt him. That's why you need to be a great girlfriend by staying open and honest with him. Here are a few sketchy things that are sure to make your boyfriend suspicious:

If you always keep your phone out of his reach or put a lock on it so he can't see your texts, he's going to wonder what you have to hide. Even if he'd never dream of reading through your messages, he'd feel more comfortable if you were willing to let him hold your cell. If you freak out when he gets close to it, he'll think something's wrong.

2. Out of Sight Social Life

If you keep your man away from your friends and family, he's going to wonder why you're not eager to involve him in your life. He'll either think that you're embarrassed of him, or he'll think that he's not your only man. After all, you wouldn't want your family to meet him if they've already met another one of your boyfriends.

If he asks you where you're going and you just say "out," he's going to be suspicious. If he asks you who you're hanging out with and you say that you're not sure who will be there, he won't be happy, either. You wouldn't want him to go out and about without letting you know the details, would you? That's why you need to make sure you always keep him in the loop.

4. Phone off, Emotions off

If you normally reply to his texts as soon as he sends them, but then go three hours without replying, he'll be suspicious. If he knows you're at work or at school, you have a valid excuse. But if you say that you just didn't hear the phone beep, he's going to think you're out with someone else.

If your boyfriend finds out about your promotion from Facebook, he's not going to be happy. If he's not the first person you're telling exciting news to, he'll wonder why. He'll end up assuming that you don't care about him as much as he cares about you, so make sure to keep an open dialogue.

If you love your partner, you'll make time for him, no matter how busy your schedule is. If you keep blowing him off, he's going to wonder if he's even important to you. He might even assume that you're spending your time with another man. So if you want to reassure him how much you care, set aside some time for him, even if it's only a few hours.

If you want your relationship to last a long time, you need to reassure your boyfriend that he's the only one for you. Has your boyfriend ever done any of these sketchy things?