Good Morning Sexy and Other Common Texts from Guys ...

Whether you're in a relationship or just starting out talking, it's sometimes confusing to try and decipher what a guy is saying in his texts. From "**Good morning sexy"** to a simple "k", let's look at what your guy might be saying so you can tell whether or not there's something there when texting you. Even though each individual is unique, there are things that every man tends to say while texting a woman so you can kind of get a feel for what he's saying by reading here:

If he sends you texts every single morning, it doesn't matter what they say, because he's totally into you. Even if he does throw sexy into it. It signals that you're the first thing he thinks about when he wakes up. If he can't wait to talk to you that he needs to text you first thing, he's definitely into you.

If a guy sends you a text that says hello, but absolutely nothing else, it means that he was dying to talk to you. If he had something of actual importance to ask you, he would've added it to the first text he sent out because let's face it, men are incapable of multiple texts. Since he's keeping it short, it means that he has nothing to say to you, but wants to talk to you anyway. This is your cue to keep the conversation going if you want to show him you're interested in him too. 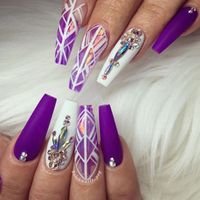 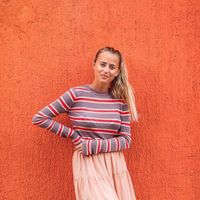 If he always cancels your plans at the last second, it means that he's not interested. This can get confusing, because of the fact that he originally accepted your request to hang out. However, if making plans and canceling them is a frequent thing, it means that he wanted to use you as a backup plan in case all of his other friends were busy. Kick guys like this to the curb. You don't need to waste your time on that kind of negativity.

"K" has become the most dreaded letter in the alphabet. One word texts are never a good thing. Unless he really can't talk at the moment, there's no reason for him to send such short texts. If he does, then he's basically ending the conversation. "K" is equivalent to "not interested" so don't expect the conversation to continue.

This one is cliche, but it's something that men actually say. It's pretty much a way for them to booty call you without sounding crude. If a guy asks you over around midnight, then it's typically a request for sex. If he does it repeatedly then you're probably his booty call/side chick. Now, if he doesn't try to initiate sex into the conversation, then he's clearly lonely, can't sleep, and thinking about you which is super sweet! Let's hope it's the latter.

If he sends you a text, and it takes you too long to respond, so he sends another one, he definitely likes you. Girls are usually the ones to do this but guys have been known to double text too if they really want to talk to a girl. He may have been worried that the last thing he said ended the conversation so he sent you something else in order to keep things flowing smoothly.

If a guy doesn't respond to you at all he could be busy. However, if he always stops responding out of the blue and never even gives you an excuse for it then you're not his top priority. He probably doesn't even realize that he keeps cutting off contact because your conversations aren't the most important thing on his mind. Next time a guy like this texts you, play the cold shoulder and find someone else.

Men aren't as confusing as we think they are so it's pretty simple to decipher their texts; especially the common ones. As long as you think about what they're saying logically instead of bringing emotion into the mix you'll be able to figure out exactly how he feels about you. Have you ever received messages like this from your crush?

What to do when friends gossip about you ...
What meat has b12 ...
What to use to remove eye makeup ...
What does it mean when guy sends heart emoji ...
Why spelling matters ...
What's the difference between whey isolate and whey protein ...
How to accidentally bump into your crush ...
How do animals get their food ...
Is the date on yogurt sell by or use by ...
Friendship is a myth ...