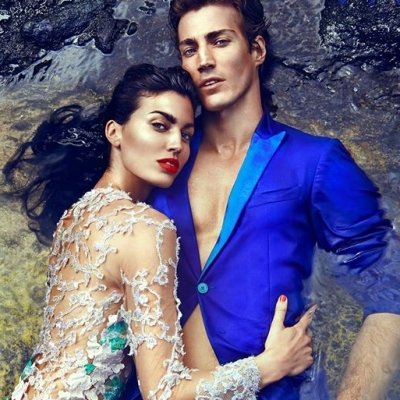 There are a lot of awesome reasons to date a lefty! Even though left-handed people have had a tough run throughout history, they have been discriminated against, sometimes even considered taboo; in the Victorian era they were beaten to knock out the “left” out of them. Even though today they are living in a righty’s world, having to deal with all kinds of supplies and technology not designed for them, they are very special people who possess a lot of amazing qualities that you don’t even suspect. Here are a few awesome reasons to date a lefty that you should consider when you are looking for Mr./Miss Right:

In my opinion, one of the most convincing reasons to date a lefty is the fact that most of them are natural-born leaders. For example, four of the last seven American Presidents are left-handed: Barack Obama, George H. W. Bush, Bill Clinton and Gerald Ford. That’s a very interesting fact since most left-handed people are very creative, they can multitask and they are extremely smart.

2. They Are Very Smart

As I said before, apparently left-handed people are very smart. Actually, 20 percent of all Mensa members are left-handed and a study performed by St. Lawrence University found that “more left-handed people had IQs over 140 than their right-handed counterparts”. The theory that explains this fact states that their intelligence coefficient is higher because they are forced to use both sides of their brain more often. Maybe you didn’t know but Albert Einstein, Benjamin Franklin and Charles Darwin were left-handed.

Apparently only 10-15 percent of the world’s population is left-handed and studies show that men are twice as likely to be left-handed than women. Researcher Charlotte Faurie from the University of Montpellier considers that they are actually champions when it comes to survival of the fittest and she says that "The fact that left-handers are less common means they have a surprise effect.".

Everyone can multitask, but not everybody can do it well, except for left-handed people. The theory which explains this states that their brain is forced to think much quicker, thus it’s much easier for them to sort through a lot of unorganized information. Also, another study proved that “because lefties could handle large amounts of stimuli, they’re better at playing video games”.

Maybe you didn’t know but apparently most lefties are extremely creative, they are also innovative thinkers and they are very artistic. The theory that explains this aspect states that because they rely on their right-side of their brain more and because that side is associated with activities that need imagination and creativity, they are better at art.

According to a lot of studies, lefties earn 10-15% more that the righties among the college-educated people. Money can’t buy happiness but who wouldn’t want to be with someone who can support themselves, who is responsible and who can provide for the entire family?

7. They Are Good at Sports

Lefties are better fencers and this is proven by the fact that a higher than average portion of the American Olympic fencers are left-handed. They also have an advantage in baseball and statistics show that 25% of pro baseball players are lefties. They also have an advantage in bowling because since most people are right-handed, the oil gets used up much faster on the right side of the lane and lefties are the ones who can benefit from this.

One of the most amazing aspects about lefties is the fact that they are divergent thinkers and this means that they can generate ideas that explore many possible solutions. They have numerous talents but I only mentioned a few in this article. Do you know any other awesome reasons to date a lefty? Do tell!