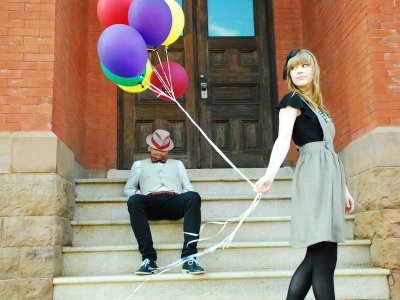 A lot of you might ask why would you want to know some rules for friendly fighting for couples, because a happy couple shouldn’t fight. On the contrary, they should find different ways to avoid fighting. Well, that’s not entirely true…Couples therapist Bonny Anchor Wheel says: “Fight is that part of household which keeps it moving. If the couples do not fight then there are many issues which remain unresolved between the couples and might lead to friction between the couples.” So, I guess we might say that fighting is actually a normal and quite healthy behavior. When I’m talking about rules for friendly fighting for couples, I’m actually referring to a set of rules that will help you deal with conflict in a respectful manner and that will help you find an acceptable solution to your problems.

The first of the rules for friendly fighting for couples refers to the fact that in order for you to keep everything under control and not let it degenerate into a huge conflict, you should first set a specific time limit for your fights or altercations. For example, you could set a 15 or 20 minute time period and limit your fights to that specific time period in one day. Because you will be aware that you have little time to fight, you’ll be more specific and you’ll try to solve your problems much faster.

2. Go after the Issue

I know that when you’re upset, you might be tempted to complain about everything and especially about your other half. Pay attention though! You shouldn’t go after your loved one, but after the issues you two have or, more specifically, you should complain about the behavior, not the person. You shouldn’t add new problems to your relationship by hurting the other person’s feelings while you try to solve another conflict.

By becoming a better listener, you could solve a lot of problems, not only the ones that might exist in your relationship. If you find yourself in a fight with your partner, make sure to listen carefully to everything he or she is telling you! Also, by listening in a respectful manner, you’ll show him or her that you acknowledge their feelings and that you really do work on finding a solution that will best suit both your needs.

I know that when you’re in a fight, you might be tempted to get very defensive, but you should think before doing it, because on the long term this may damage your relationship. Instead, you could get curious and try to find out more about the other person’s reasons for starting that fight. I know sometimes it’s hard to keep your calm, especially if you think you’re right, but try to control your impulses and give the other person the chance to explain their views. By being more curious, you’ll be more understanding.

A lot of people often say that fighting ends when cooperation begins and they couldn’t be more right. Try to find some common ground, even if you both agree that you do have a problem that needs solving. It’s a big step forward! Look for other options! Try to both find a solution to your problems. The sooner you’ll learn to cooperate, the sooner you’ll find a solution to resolve your conflict.

Another important rule for friendly fighting you should have in mind the next time you argue with your partner is the fact that you’ll need to make some compromises if you want to turn the situation around. You can make some small concessions which, in time, will lead to larger compromises. Try to find a solution that works best for both of you! Don’t be selfish; think about the happiness of both of you!

7. End the Fight on a Positive Note

A lot of research has shown the fact that after a big fight, women usually tend to look for emotional support in men and that men look for both emotional as well as physical support in women. That’s why it’s always extremely important to end the fight on a positive note. So just kiss and let it go and don’t forget to give a warm and tight hug to your partner! This will make your bond stronger and you’ll be reminded of the feelings you have for each other.

Maybe you didn’t know, but conflicts can strengthen your relationship instead of harming it. You just need to know how to fight in a smart and friendly way. Have you used any of these simple rules for friendly fighting for couples that I talked about in this little article? Did they work? Do you know any other rules for friendly fighting for couples? Do tell!