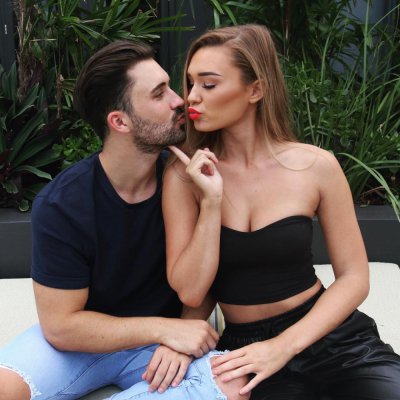 Most of us know what it's like to be played by a guy, don't we, ladies? Not all men are players, of course, but there are plenty of them out there, and if you're into the dating scene at all, you're definitely going to run into quite a few of them. Sucks, doesn't it? It's awful to waste time, energy, and interest on a man you like only to find out that he's just playing you. No woman wants to be another notch on a dude's bedpost or another conquest story. And guess what? You never have to be that girl again. You can guard yourself against all the players out there and prevent them from having access to your heart. If you want to avoid being played by any other men, you just need some foolproof dating skills at your disposal!

1. What He Does is Way More Important than What He Says

It's so easy to say all the right things – that's why we always point out that actions mean so much more than words. Saying all the perfect things doesn't take any effort at all. Zilch. A man can say he truly cares about you all day and all night, but if his actions show otherwise, guess what's real? A man who won't put any action behind his words isn't serious and he's not worth your time.

2. Steer Clear of Guys Who Don't Have Any Self-esteem

You know how women say of each other that if we don't love ourselves, we can't love someone else? Well, the same is true for men, which is why you want to avoid going out with guys who have clear and obvious self-esteem issues. A guy who's unable to love himself or recognize his own value certainly won't be able to see how valuable you are.

3. Beware of Dudes Who Catch Feelings Too Quickly

Players are very good at pretending. Quite often, they'll pretend that they have massive feelings for you right away. That's a huge red flag, girls! If he's saying he loves you and he barely even knows you, there's something wrong. If he's engaging in intimate boyfriend behavior right away – calling and texting all the time, staying on the phone all night, showering you with gifts and compliments – then just be aware that it might be an act. See, if he makes you believe he's perfect now, then later, when his player tendencies come out, he'll already have you hooked. Sneaky, huh?

“Baby, I would NEVER treat you like that.” “Girl, I will NEVER wrong you.” “Pretty lady, I am here to take care of you FOREVER.” Extreme promises seem sweet and romantic, but they're bad news. These are just lines, fed to vulnerable girls and women. Remember, the guy who really will treat you right isn't going to tell you about it, he's just going to DO it.

5. Stay Away from Guys Who Never Take You Anywhere

That's not to say that the only reason to date a guy is to get him to take you to dinner or something. No, see, players just never take you out in public anywhere – or, when they do, they take you out of town. You don't meet the player's friends, though, and he doesn't take you on traditional dates, but he'll have loads of excuses explaining why – his friends will tease him, he's been burned, he's nervous, he's scared, he's just so shy!

Why? Because if you keep a list of when the potential player in your life calls or texts, you can figure out if you're just a booty call. You might only hear from him after ten or eleven at night, you might only hear from him on the weekends, or he might message you at odd weeknight hours. Unless he works the night shift, there's no reason he can't get in touch with you during the daytime, too.

7. Don't Let Him Nickname You Right Away

I know this probably seems like a stupid, trite point, but it's really not. Players will often give out nicknames like “baby,” “bae,” “boo,” “honey,” “pretty lady,” “mama,” or “cutie,” among others. Now, nicknames can be sweet. However, if he starts using these right away and he uses nicknames more than your actual name, well … two things. For one, he might just have too many girls in his life to remember all of their names. For another, he might just be forging – and forcing – an emotional connection.

Have you ever been played before, girls? In retrospect, what signs stood out the most?