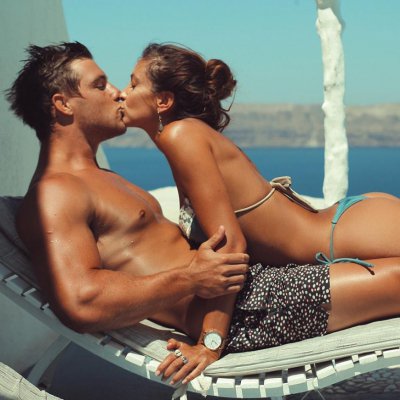 Some of us are jealous people. Even though we know our feelings are probably uncalled for, we can't push them away. Of course, when you're in a relationship, you need to learn how to control your jealousy. If you let it get out of hand, then you could end up single. That's why you should try your best to stop being jealous when your man does these harmless things:

Your man is allowed to be friends with the opposite sex. Just because he enjoys another woman's company doesn't mean that he wants to replace you. It doesn't mean he wants to have sex with her, either. It just means he likes talking to her, just like he likes talking to his male friends. As long as he doesn't cross the line by flirting with her, you shouldn't mind him having female friends.

2 Getting a Good Job

If he's making more money than you, you shouldn't be jealous. You should be proud of him. After all, if you two end up getting married one day, that money will be yours, too. Besides, isn't the most important thing that your man is happy? If his job makes him happy, then you should push your jealousy aside.

3 Going out without You

4 Being Close with His Mother

Unfortunately, you'll never be the only woman in his life. He probably has a mother or a sister or a cousin that he's super close to. Don't worry, because he's not comparing you to her. Sure, it's frustrating to know he prefers his mom's cooking to yours, but that doesn't mean he loves you any less. You should be happy he's close with his family.

Some women get jealous when their man looks gorgeous, because they think it means other women will be staring at him. But even if they do, so what? They should be the jealous ones, because they'll never have him. He's all yours.

You have celebrity crushes, don't you? Well, if you're allowed to like famous men, he's allowed to like famous women. Of course, you shouldn't compare yourself to his favorite actress, because he's certainly not doing that. He wouldn't trade you in for her if he could. He's happy to have you. She's just pretty to look at.

At the end of the day, you should be happy if your man is happy (as long as he's not doing anything to hurt you). That's why you should try to let these things slide off of your back. Are you jealous when your man does any of these things?