7 Things You Shouldn't Say in the Beginning of a New Relationship ...

Every beginning of a new relationship can sometimes be a bit difficult, especially if you are a little shy or insecure. You shouldn’t worry though, everybody makes mistakes; you just need to know how to fix them. Because of all those overwhelming feelings that you might experience in the beginning of a new relationship, you might be tempted to say some things that are not quite as appropriate as you thought them to be. You should try to control your impulses and pay attention to what you’re saying, because you wouldn’t want to scare your other half right from the start.

1 Don’t Talk about Your Ex

One of the things you definitely shouldn’t do in the beginning of a new relationship is talk about your ex, and I’m sure a lot of you would agree with me on this one. He (she) doesn’t need to know all those details about your ex, like how much money he (she) earned, how romantic he (she) was or how much he (she) hurt you. You should try to keep all this to yourself, especially for now, because you should focus on your new relationship and on the wonderful person that you’re with and let go of everything in your past that might still haunt you.

Let’s say that you did get to know his closest friends and you realized they’ve got nothing in common with this wonderful person that you’re with. Maybe you don’t like them, but try to control your impulses and don’t tell him that! Maybe they’ve made a wrong first impression, just wait ‘till you’ll get to know them better and you might discover that you were wrong and that they’re not as bad as you thought them to be in the first place. 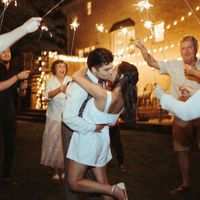 10 Differences between Female and Male Orgasms ... 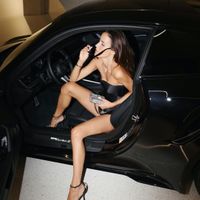 10 Fab Ways to Make Your Legs Gorgeous without Much Effort ...

You should never ask this question, especially in the beginning of a new relationship. I’m sure you might be very curious but you wouldn’t want to send him (her) the wrong impression. You could make him (her) feel ashamed if he (she) doesn’t make that much money right now, or on the contrary, if you’re with someone who does make a lot of money, he (she) might think this is the only reason you might have for being in that relationship. So, don’t send him (her) the wrong message and pay attention to what you’re asking him (her)!

4 Don’t Talk about Your Future Together

If you don’t want to scare your partner right from the beginning of your relationship, then you shouldn’t, under any circumstances, talk about your future together. Just stay curious and let things happen! Wait ‘till you’ll get to know each other much better and afterwards, you’ll be able to make plans you’ll both desire. Don’t hurry and take your time to discover the other person!

5 “You’re so Much Better than All the Guys I’ve Dated before!”

This is definitely one of the things you should keep to yourself in the beginning of a new relationship! I know you might have intended it to be a compliment, but instead, you might make him wonder about your taste in men or what made you settle for less. You could just tell him how amazing you’re feeling while you’re with him and how glad you are that you’ve found each other. This way, you will seem more rational and sincere.

Don’t get me wrong, it’s okay to be a little bit cautious in the beginning of a new relationship in order to protect yourself and especially your feelings, but you shouldn’t tell your partner that in fact, you don’t trust him or that you never will. Don’t question him about every little thing he does because you’ll find out eventually if he lied to you or if he told you the truth. Learn to trust him at least a little bit, give him the benefit of the doubt and wait and see what will happen next, if he deserves your trust or not.

Even though you really don’t like his mother, try to keep this to yourself! It’s never a smart thing to tell somebody mean things about his parents, let alone his mother. If you start telling him (her) how much you hate the one that might be the most important person in this entire world for him (her), you’ll risk chasing him (her) away. So, if you really like someone, you’ll learn how to deal with his mother and you won’t let this little thing intervene between the two of you.

love
10 Differences between Female and Male Orgasms ...
travel
7 Ways to Get through the Airport Quickly and Efficiently ...
parenting
7 Things Adoptive Parents Need to Know ...
lifestyle
Things adults should know how to do
beauty
10 Fab Ways to Make Your Legs Gorgeous without Much Effort ...

Is it okay to buy something for yourself ...
How to sext a capricorn woman ...
How to deal with controlling parents ...
Is ralph lauren blue perfume discontinued ...
Why do people use pasta water ...
How much rent to charge child ...
Is fish high in mercury ...
How to differentiate between glucose and fructose ...
What are some good raw vegetables to eat ...
How to make man horn ...