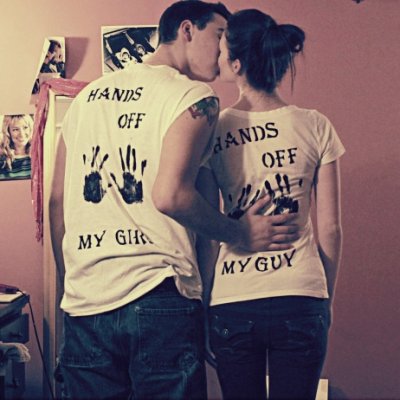 When you first start a relationship, you should put your best foot forward. Sure, there are plenty of gross things your boyfriend's bound to learn about in the future, but now is not the time to let your secretes slip. Enjoy the honeymoon stage. Once you're together for a few months, then you can let him see the awful sides of you. If you're in a new relationship, here are the things your boyfriend doesn't need to know about you (yet):

1. You Wear Face Masks at Night

The gooey green product you smother over our face at night isn't meant for his innocent eyes. Your skin won't break out if you skip one day of your beauty routine, so if you sleep over his house, leave the goop at home. While you're at it, don't bring your cozy flannel pajamas. While things are fresh and new, wear something sexy, like your favorite silk nightgown.

2. You're Obsessed with TLC

DVRs were invented for a reason. If you're spending the weekend with your boyfriend, don't force him to watch every episode of Say Yes to the Dress with you. He'll find out about all of your obsessions eventually, but for now you should try to keep your fangirl talk to a minimum.

3. You Hate Your Nose

Men love confidence. When you're six months into the relationship, you can confide in him about all the things you're self-conscious about. But in the beginning, you need to act like you're hot stuff. If you act like you're someone he'd be lucky to have, he'll believe it.

4. You Were Nerdy in Elementary School

Sure, it's fun to exchange funny antidotes with each other. However, you don't want to tell him any truly horrifying stories just yet. If he finds out that you once threw up on your teacher, he might be a bit grossed out.

5. You Had a Mean Streak

You want to be honest with him for the most part, but you should wait to tell him about how cruel you've been to your exes. If he finds out that you're brutal to the boys you date, he'll run in the other direction. Give him the chance to get to know you before you blurt out all your bad traits.

Normally your floor is littered with candy wrappers and rats. However, if you know your man is coming over, do a bit of cleaning up. He won't mind a small mess, but if your room looks like a tornado tore threw it, he's going to be disgusted. Nobody wants to date a slob.

There's always one band that you should be embarrassed of loving. While your man won't break up with you when he hears you singing to Toxic, it might make him second-guess your music taste. Since the worst thing in the world is being told you have bad taste in music, you might want to wait to show him certain songs on your iPod.

You should be completely honest with your mate, but that doesn't mean you can't keep secrets--at least in the beginning while you're still getting to know each other. Is there anything that you hold off on telling guys until you're sure that they're going to be sticking around for a while?