7 Bad Habits That Can Destroy Your Sex Life ... 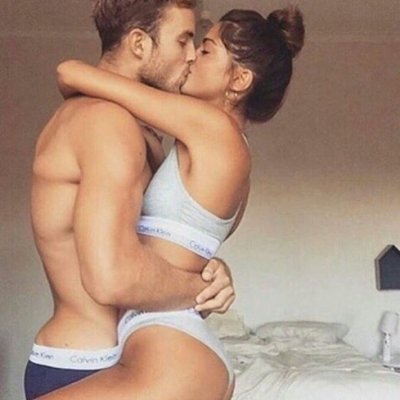 Sex isn't the most important part of a relationship, but it definitely is important. That's why you don't want to do anything to sabotage your time in the bedroom together. In order to sustain your happy relationship, make sure you avoid these bad habits that could destroy your sex life:

1 Agreeing to Sex when You Don’t Want It

You're not obligated to have sex with your boyfriend, just because you're dating him. If you're not in the mood, then tell him. He won't mind it if you're not ready to go every single night. You don't want to get into the habit of having sex with him whenever he initiates it, because then you'll start thinking of it as a chore instead of a reward.

2 Never Engaging in Any Foreplay

Quickies can be fun, but they shouldn't be the only type of sex you have. Women take a while to get warmed up, which means that foreplay is essential if you want to have a good time. I don't care if your boyfriend gets annoyed by how much kissing you need before your pants come off. If all that kissing will get you wet, then you have to do it.

You don't want to have sex at the same time each night. You don't want to use the same positions each night, either. You should switch things up. If you can guess what your partner is going to do before he does it, it takes the excitement out of sex. It's more fun when it's more spontaneous.

There's nothing wrong with having a few glasses of wine every once in a while. However, you shouldn't get drunk before hopping into bed with your boyfriend every night. Drunk sex isn't better sex. In fact, it tends to be worse. You won't feel his touches as intensely, because the alcohol will numb your senses. Plus, you could end up acting sloppy and totally turning your boyfriend off.

Exercising is good for your body, but it's also good for your sex life. If you're out of shape, you won't be able to stay on top of your boyfriend for long before your legs get tired. That's not fair to him, because he shouldn't be the one stuck doing all the work. So if you want a better sex life, you need to hit the gym more often.

6 Waiting for Him to Initiate

The man isn't meant to initiate sex. You're both allowed to do that. If you're in the mood, then let your partner know. Don't wait for him to jump on top of you, or you could be waiting forever. He's not a mind reader, you know. But if you let him know that you're interested in having sex, chances are that he'll be happy to give you what you want.

You're allowed to be comfortable while you sleep. However, you shouldn't go to bed in stained PJs every night. Try wearing a sexy nightgown every once in a while. It'll let your partner know that you love your body and you're ready for him to make love to it.

Avoid these habits if you want to have the best sex of your life. What other bad habits have had a negative impact on your sex life?