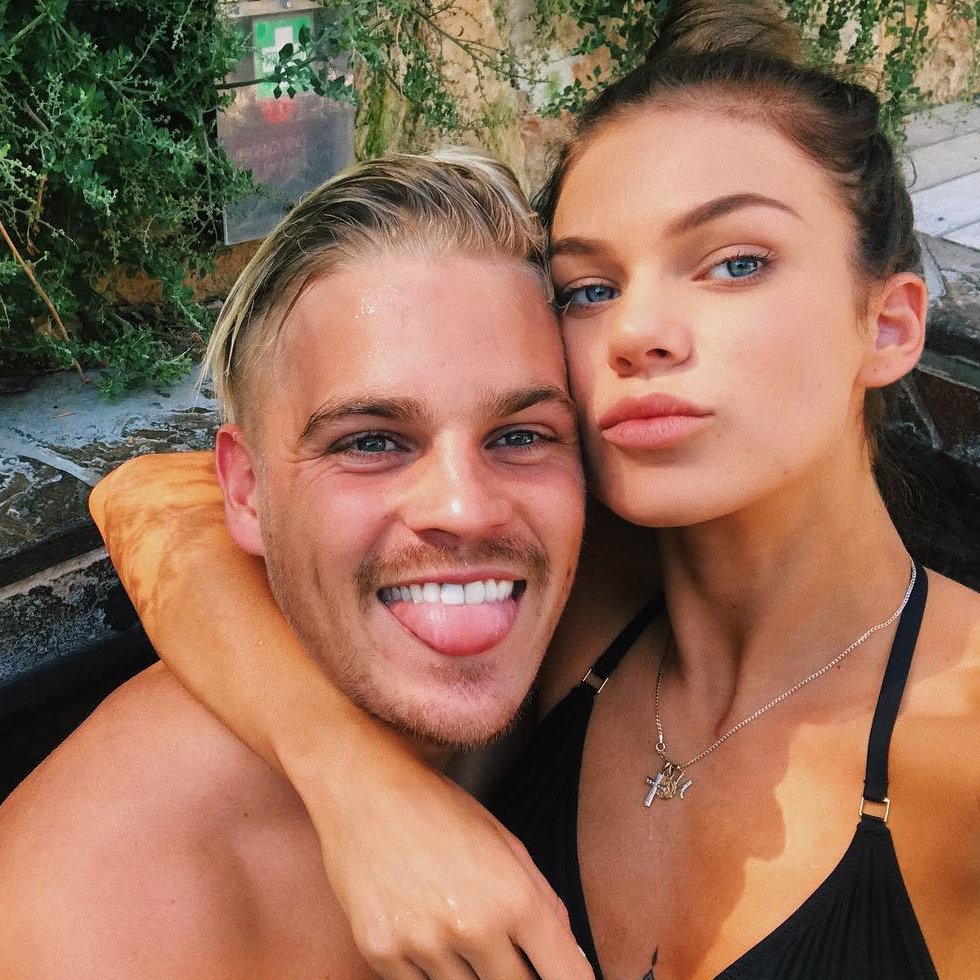 There are complimentary words to call your mate when they're looking their best. If you always call him "hot," and never use any other adjective, the word is going to start to lose its meaning. If you want him to really grasp how attractive you find him, you have to switch up your sentences. Here are some of the best complimentary words to call your mate when they look incredible:

Hot and handsome are a bit different, so you can't always interchange them. If your man is wearing a suit that makes his eyes pop and muscles look amazing, then you can call him handsome. The word has an elegant connotation, so only use it when he's dressed to impress. This is one of the complimentary words to call your mate that he'll love hearing, because it means his time in front of the mirror paid off.

If he's well-groomed and well-dressed, then throw the word 'dapper' at him. It's not used often anymore, so he won't expect it. However, it's just as big of a compliment now as it was in the olden days, so don't shy away from saying it.

This compliment refers to his personality as much as his looks. Someone who's suave has a refined air about them. They're charming, and they act like a gentleman. If that describes your man perfectly, then try calling him suave, and see how he reacts.

"You're looking sharp," sounds like another old-timey phrase, but you can make it modern. Use it when he's wearing an outfit that matches well, or when he dresses up to go to a wedding. He'll love hearing your opinion, especially when it's a good one.

It sounds simple, but it's actually a pretty awesome compliment. It tells it like it is. If your mate is attractive, then this is all you have to say to them. It's self-explanatory.

If you've never seen your mate look as amazing as they do now, call them ravishing. It means that they're so stunning that it's impossible to look away. They've never looked better, and you want them to know it. They deserve the compliment.

"Beautiful" can be used on men, but it's typically reserved for women. "Gorgeous," however, can be used for either gender without anyone batting an eye. If he looks amazing, tell him how gorgeous he is. It's one of the highest compliments that exists.

This doesn't sound like a strong word, but it holds a lot of meaning. Finding someone attractive means that you think they're physically appealing. Isn't that all you're trying to say when you compliment your mate's looks?

No one is perfect, but they might seem perfect to you, because you love them so much. When you describe someone by using this word, they'll realize how much you adore them. There's no better compliment than being called perfect, so there's no way to top this one.

When you're dating someone, you should remind them of how attractive they are, even if you think they already know it. Everybody loves to receive compliments, so all your words will do is make them smile. Is there a certain word that you normally call your mate when they're looking their best?