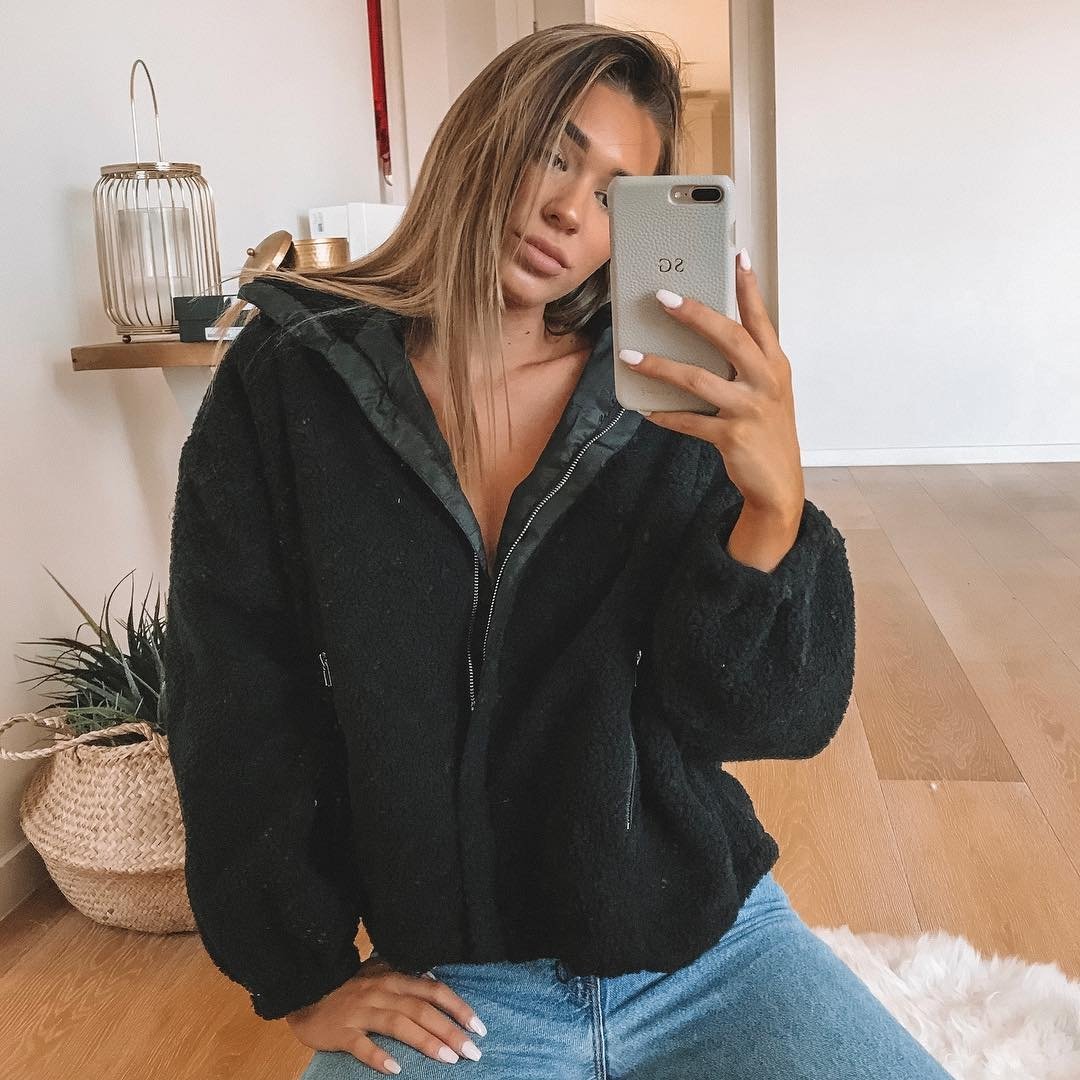 There are lots of female bad habits men can’t stand. We are all aware of the claim that men and women are exactly the same, but the truth is very different in both biological and psychological terms. Ergo, what annoys a man about a woman may not annoy a woman about a man. Some women have no idea that their harmless habits are driving the men in their lives nuts. I have a large circle of male friends and acquaintances and carried out a survey among them. So, here they are - female bad habits men can’t stand.

1. Going to Bed with Makeup on

This is one of the biggest female bad habits men can’t stand. Men do not like it and do not understand it. It gives women spots, red patches, dry skin and it messes up the pillow. She always wakes up looking like Krusty the Clown and then wants to kiss and cuddle. Getting into a clean bed when you yourself are clean is the perfect way to get a good night sleep. It also allows you to cuddle up close without worrying you are going to smear him with cosmetics. If there is any habit you should get out of forever, then make it going to bed with makeup on. Wash it off before you go to bed, preferably with a shower, and if he still doesn’t cuddle you, then find a man that will.

2. Chipping Away at Nail Varnish and/or Biting Her Nails

Going to bed with makeup on may annoy and inconvenience your partner, but chipping at your nail varnish will push him over the edge. The act itself is disgusting to watch, and your nails always look horribly chipped, but the worst part is the little nail varnish flakes you litter around the house. They look horrid and stick to his skin like a homeless person’s confetti. Women that bite their nails are also very annoying, especially the ones that do it out of nervousness or anxiety. No man wants to kiss a woman that perpetually has her fingers in her mouth.

3. Not Understanding That Perfume is Supposed to Be Subtle

Some women do not understand that perfume is supposed to act as a subtle fragrance that exists as a background element to her overall being. It is not supposed to be an assault on the atmosphere to the point where people’s eyebrows fall off. Sure, men are not innocent either. Women are quite right to complain that men treat deodorant as a shower in a can, but you have no right to complain if you spray perfume like you are repainting a van.

This was actually a good point that was made by Alison Armstrong for Prager University on a video called, “Understanding Men and Women; Why They See Things Differently.” She pointed out that men and women are fundamentally different because they have different natures. It is why men and women have so many similar traits no matter where they are born around the world. She identified that men are very solution orientated, which means when they are corrected on small details they are more likely to be upset if it places a roadblock to the goal.

It is a slight detour from the point he was making, yet women don’t see it that way. In your mind, you are adding value to the conversation and if a man did it for you, then you may feel he is supporting you. He may say he scored 8 goals when he actually scored 5, or he may say he made the trip in 15 minutes when in fact it took him 25. Either way, try not to correct him, especially in front of other people because it is annoying and it can be upsetting if he views it as you going against him or you trying to humiliate him by calling him a liar.

5. Swearing, Especially in Front of Other Men

Understand that we are animals and all experience emotions based on risks to our survival. However, our deep masculine and feminine natures experience risk in very different ways. How does that relate to swearing (foul language) in women? To a masculine person (male or female), a threat to survival on a base level is being rejected and attacked by other males. Deep inside, when a man meets another man he wants to beat his chest and scare the other male, and the other male wants to do it back. It is how masculine personas are able to bond and mutually respect each other as equals.

Men cannot beat their chests, however, they can swear to show their dominance, even if it is in jest. Two men swear and they bond (even Scott Adams the creator of Dilbert wrote a chapter of a book about it). When a woman swears, yet she otherwise acts with a feminine nature, then men are thrown off because deep inside they want to challenge her. Men can be unforgiving and harsh to women that swear, and some think it is intolerance, but it is, in fact, their deep inner animal who wants to pick a fight with this new threat that has materialized.

This is really a mixed blessing. On the one hand, a bra size that is too big will make you look like you are carrying frozen peas on your chest and the straps will jut out at awkward angles that make you look deformed. On the other hand, a bra that is too tight is terribly good fun for a man to look at. It pushes in and pushes up your boobs in a way that makes them look bigger. The only downside to a bra that is too small is that you will have nasty red marks on your skin when you take it off.

In an ideal world for a man, a woman would wear the right sized bra, and yet studies show that over 77% of women own several bras that do not fit them correctly. There are also studies that show women’s breasts sag faster if they wear ill-fitting and overly large bras. Ill-fitting bras can also cause breathing, shoulder and back problems. They may also confuse less experienced men where they cannot understand why you are carrying a pair of coconuts in potato bags.

7. Being Overly Obsessive about Appearance

Let’s not generalize. We all know there are men out there that spend more time worrying about their hair than they spend studying for their degree, but only a minority of women find it an annoying trait in men. Usually, a woman is pleased that a man cares so much about his appearance (because it means she doesn’t have to worry about his appearance). However, men find it very annoying when a woman obsesses about her looks or something about herself because women do it all the time. Men that have had many girlfriends have heard it all. The tubby girl is worried about her weight, the skinny girl is worried about her boobs, the buxom girl is worried about her ass, the tight-assed woman is worried about her nose, and it goes on and on. There is nothing sexier and more aloof than a woman that “knows” she is great. She doesn’t have to know she is pretty, sexy, buxom, etc, she simply knows that whatever man dates her is lucky to have her.

Men hate the big lies such as, “It okay, he’s gay” or “I did it because I was confused.” And men hate the little lies such as, “I hardly spent anything on it” and “I have to go because all the girls are going.” The problem is that women start off with a lie. They dress in tight clothes, wear makeup, push-up bras, wear high heels and have hair extensions. The way they look in public is nothing like the way they look when they get out of the bath. Then you have to factor in the fact that men are bred to be insecure. It happens because more and more men are brought up without a dad these days, and as a result, their masculinity is hanging by a thread and it makes them insecure. They don’t even trust white lies, such as telling him the steak he cooked is nice before actually tasting it. And, he will jump all over a lovemaking moan that doesn’t sound 100% genuine.

It is just as annoying when men do it. It is one of those human traits that few people can’t stand for very long. Repetitive behavior will annoy even the timidest, tame and level-headed person. They are even worse in closed and close environments such as on buses and planes, where even the most tolerant boyfriend is going to start grinding his teeth at the repetitive behavior of his beloved. The tough part is that most men will often suffer this in silence. His girlfriend may have been coughing every 30 seconds for the last hour and he may say nothing, but in his mind, he is chewing glass.

Maybe men are just as bad as women, but ask any man and he will say his girlfriend is 100 times worse. The hardest part is coming to terms with the fact that every time you look at your phone, your boyfriend feels like you are rejecting him. Men are sometimes like kids at heart, and even if they are very confident in themselves, they still feel like their girlfriend is rejecting and ignoring them. Added to which, if every train ride, bus ride or waiting room is a theatre of you and your boyfriend looking at phones, then consider the fact that the spark has gone out of your relationship.