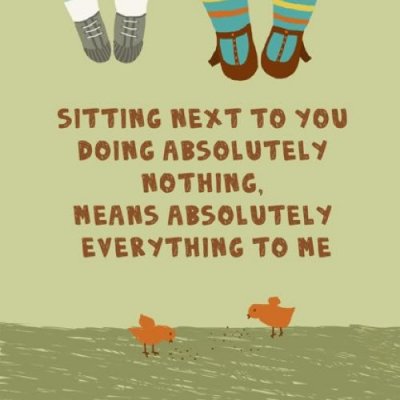 You don't want to lose the person you love the most, all because you have communication issues. Even if you've never been in a real relationship before or have a problem with your temper, you can use the following phrases in order to improve your relationship. Your heart might be in the right place but if you word your sentences the wrong way, it could cost you your boyfriend. That's why you should keep these phrases in mind if you want to instantly improve your relationship:

If you want to dye your hair or quit your job, ask your partner for his opinion on the subject. Ultimately, what you do is your own decision, but he'll be happy to know that you care about what he thinks. So make sure to include him in important decisions, especially if they involve him in some way.

We tend to forget to say thank you for things that we're used to. If your man always pays for dinner or washes your dishes, don't take it for granted. Make sure to remind him of how much you appreciate all he does for you. One of the biggest problems couples have is feeling neglected, so don't forget to vocalize your gratitude.

If your man always complains about the way you fold his shirts, it could start a fight. Instead of arguing with him or making him do it himself, ask him how he'd like it done. Some men love to give demonstrations in order to show off their skills. Plus, once you learn exactly what he wants, you can't go wrong.

4. Can You Give Me a Few Minutes to Think?

When your man does something that angers you, your first instinct will be to scream at him. Instead of jumping right into an argument, ask him for a few minutes to think things over. That way, you can stew alone in your room until you're more relaxed. If you wait until you're both calm to talk, then there's a smaller chance of getting into a heated argument.

If your boyfriend is too playful with one of his female friends, don't tell him he's "not allowed" to see her again. Instead, say that his friendship with her makes you feel jealous, inferior, or whatever other emotion you're experiencing. That way, he'll be able to make the decision to stop talking to her instead of feeling like he's being forced to ditch a friend for you.

If your man hates the way you close yourself off to him, tell him that you'll try to fix it. Relationships are work, which means they require compromise. If you really want to stay with your boyfriend, then you should try to work on the things that he hates instead of storming away when he points out your flaws.

Don't say this to anyone unless you really mean it, but if you do, don't hesitate to utter the three little words. They mean a lot and will brighten your partner's day, even if he already knows how you feel. Don't be stingy with your affection.

If you want your relationship to last, you have to figure out how to communicate without causing a fight. Do you say these things to your partner often?