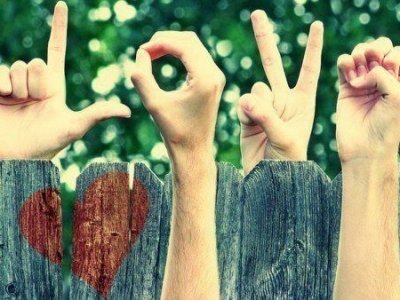 Women want the perfect guy, but there are numerous reasons why you shouldn't try to change him. No one is perfect and trying to make someone into something they're not isn't going to lead to a happy future for either of you. Learn why you shouldn't try to change him and forget all you've ever heard about training your guy. If he's right for you, he'll seem perfect despite his flaws.

1. Tells Him He's Not Good Enough

No one likes to be put down, not even guys. One of the biggest reasons why you shouldn't try to change him is because it tells him he's not good enough. Trying to force a guy to change for you makes him feel like he's not good enough for you or anyone else. That's not fair to him. If you don't like him the way he is, move on instead of treating him badly.

2. Bring out the Best Naturally

The great thing about love in a couple is it brings out the best in both of you naturally. We all have flaws. When we fall for someone, we want to be the best version of ourselves Odds are, you'll see him change naturally over time, leaving some of his worst habits behind. Treat him like a child and he'll cling stubbornly to those nasty habits forever.

Women love to joke about training their guy. Sadly, many aren't joking. They feel like it's their job to train him to become a better man. Your guy isn't a puppy. Talk to him about what bothers you, but don't treat your relationship like a doggy training camp.

If you're obsessed with trying to change your guy, the problem may not be him at all. Take some time to figure out why a guy needs to be a certain way to be please you. The problem could be you're not happy with yourself. By focusing on what's wrong with him, you can ignore your own underlying problems. Stop trying to change him and focus on yourself for a while.

5. It's Okay to Be Different

Both men and women are guilty of trying to make their partner just like them. I have very different interests than my guy and it caused some issues initially. We talked about it and learned to embrace our differences. Part of being a couple is enjoying what makes each of you unique. Different interests, habits, careers and goals are just another part of being in a relationship.

6. You Don't Want Him to Change You

I confronted a friend once about her “guy training.” I asked her how she would feel if the roles were reversed. Let's just say she didn't want to consider that he might want to change her. If you wouldn't want him trying to change you, don't try to change him. You'll both be happier as a result.

Something obviously attracted you to him his looks, his personality, a shared interest... focus on what you love about him. The flaws tend to fade away when you simply love him for who he is. When you start trying to change him, you could ruin all those good things and end up with someone you don't even know anymore. Let him be him and you'll have a much happier guy.

The moment a guy realizes that you're actively trying to change him, he'll become distant. Keep pushing and you'll eventually push him away. Guys would rather you nag him about getting married than try to act like his mother. If you care about him, don't force him into a corner. Odds are, he'll leave rather than change.

I've had friends who have gotten divorces and one of the guys complained that his wife was always trying to change him. From pushing him to get a different job to hanging out with her friends instead of his to even changing his hairstyle, she was never satisfied. This put a constant strain on the relationship. He was always agitated and she always felt like he didn't love her enough. The stress finally got to be too much and they parted ways.

If something really bothers you about your guy, talk to him about it calmly. He's much more likely to change if you ask nicely. Trying to force him to change or training him is a great way to lose the man of your dreams. Have you ever tried to change a guy?