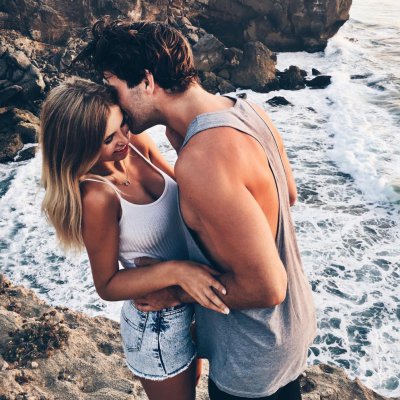 Even though the science of love is a tricky one, scientists have compiled some data about relationships that may surprise you. While their information may not be spot on, they surveyed as many people as they could in order to make their statistics as accurate as possible. Get ready for your jaw to drop, because here are a few relationship statistics that will shock you:

1. Money is the Biggest Breakup Factor

This first statistic is the most understandable one. The biggest reason why couples split up is due to money issues. When partners can't agree on how to spend their money, or when they become frustrated with the small amount of money they make, fights can start.

2. 90% of Third Marriages End in Divorce

The more marriages and divorces you go through, the lower your chances are for remaining in a relationship. By the time you're on your third marriage, there's a huge possibility of getting divorced again. In fact, 90% of third marriages end in divorce.

3. 50% of Couples Are Happy with Their Sex Lives

Even though couples rank sex as one of the most important factors in a relationship, a shocking number of people aren't happy in the bedroom. Only half of the men and women in relationships are actually happy with their sex lives.

4. Only 30% of Online Daters Are Looking for Love

You might want to rethink your idea to try online dating, because most of the people who sign up for the websites aren't actually looking for a relationship. They're just trying to find someone to hook up with.

5. Men Fall in Love Faster than Women do

Most couples will break up during the first three to five months that they're in a relationship. That's typically the amount of time it takes for a relationship to become serious. So if someone is afraid of commitment or isn't all that interested in their partner, it's the prime time to walk out the door.

7. 40% of Office Romances End in Marriage

Don't believe the warning about mixing your business with pleasure. 40% of couples who have met at work actually ended up getting married. Of course, there was never a test done to see how many of those marriages ended in divorce.

8. San Francisco Has the Most Singles

If you're looking for a partner, San Francisco has the most single men and women in all of America. So when you plan your next vacation, you might want to make a pitstop over in California.

The definition of attractive could be changing. In a recent study, more women admitted to be attracted to nerdy men than to men with muscles. However, there haven't been any studies to see if men felt the same.

Don't be scared by any of these relationship statistics, because every couple is different. Which one of these statistics is the most shocking to you?