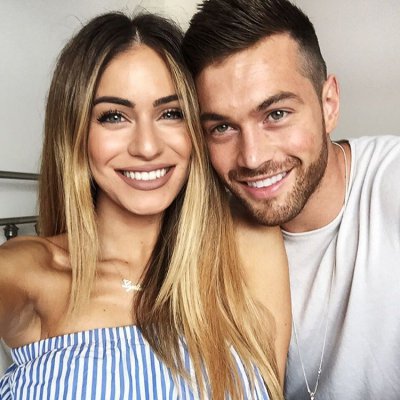 Every man has a different personality, but once they enter a serious relationship, there are a few things that are universally true. The biggest thing is that he wants you to enhance his life, not ruin it. If you've been together for a while, then the former is probably the case. However, if you're worried about him thinking otherwise, here are a few things that you should know that he's hoping you'll never do:

1. Stop Caring about Your Appearance

Even though your boyfriend loves you for your personality, he loves the way you look, too. That's why he'll secretly be upset if you stop wearing those cute dresses and going to the gym. He probably won't admit it, but he wants you to keep taking care of your appearance.

2. Start a Fight with His Parents

Even if he knows that his parents are unreasonable people, he's going to pray that you never get into an argument with them. After all, the holidays will be much easier on him if his girlfriend and his mother are happy to see each other. He won't expect you to become best friends with his parents, but he definitely hopes that you two will be able to stand being in the same room together.

3. Make Him Choose between You and His Friends

No man wants to be forced to choose between going on a date with his girlfriend and hanging out with the boys. That's why he'll hope you never make him choose between his love life and his friendships. If he could have it his way, he'd spend an equal amount of time with the both of you, so that everyone would be happy.

Relationships are always thrilling in the beginning. However, once you're together for a while, the mystery and excitement will fade. That's why your boyfriend hopes that you won't grow tired of him and move on to someone new.

No one wants to get cheated on, especially by someone that they really trust. That's why your boyfriend hopes you'll never betray him. If you do, then he'll either have to leave you or learn to live with your deception. It's not an easy decision, which is why he'll hope you'll do him a favor and remain loyal to him for as long as you're together.

6. Try to Change Him

If your man wants to lose weight, then you should support him. However, if he doesn't have a problem with his body, then you shouldn't push him to change. If you do, then he'll wonder why you're even in a relationship with him when you're unhappy with the way he looks and acts.

7. Pressure Him into Marriage

It's healthy to let your man know where you see your future heading. However, you shouldn't try to pressure him into marriage before he's ready, just like he shouldn't try to pressure you into sex before you're ready. A lot of men (and women) are afraid of commitment. If you push them to move faster than they're comfortable with, then you might push them away instead.