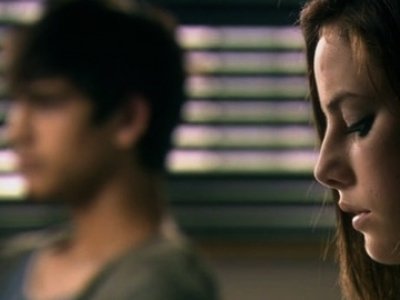 As I mentioned above, a fight in a relationship can help you and your partner to get all of your frustration out! When you're in a relationship, you get on each others nerves. It's going to happen and fighting allows you to release all of those pent up rages that you might have with one another! Remember though, a fight should not be mean, but rather more of a discussion where you are both taking each others feelings into consideration.

Not all fighting can be fun, but those fights that you get into about who's turn it is to take out the trash can be funny. The Better Half and I get in a ton of little fights that end up with us laughing it all out. For those fights that aren't always fun, make sure remember the fun fights and maybe, you'll be able to turn those un-fun fights into a fun one!

3. Allows You to Release Anger

Not only does a fight in a relationship allow you to release all of that frustration, but you can get mad. I've gotten in plenty of fights that were caused because I just needed to express some pent up anger. If you and your partner have been together for a while, just know that everything will be okay, sometimes you just gotta be angry!

When you first start dating someone, even if you don't agree with something that they do or say, you probably just push it down right? It's because you don't want to cause any conflict right? Well ladies, if you get the first fight out of the way early on, it'll test the waters and see if this is a guy you wanna stay with. If he can't be with you because you have one fight, he might not be worth all of the other fights you'll have later on.

One important fact to keep in mind whenever you are dealing with a fight in a relationship, is that you want to keep the fighting fair. In any fight, you never want to keep bringing up the past. Never name call and always just keep it at a discussion level of conversation. There's no need to yell and scream at one another!

What's fighting without makeup sex? Seriously – what is it? Makeup sex is one of the reasons to fight! After you get all of that aggression and frustration out, sex is a great way to smooth things over and reconnect with your partner!

Let's say you are stressed out about work, school or even just drama with your friends. Fighting it out with your partner is a great stress reliever! Who knows, maybe a fight in relationship would be good for him too, after all, guys get stressed too right?

Although some of the fights in a relationship aren't fun, these are the top 7 reasons why it is necessary to fight. It's not always going to be rainbows and sunshine, sometimes, a fight in a relationship needs to happen. So ladies, what stupid fights have you had with your partner? Share your stories below!