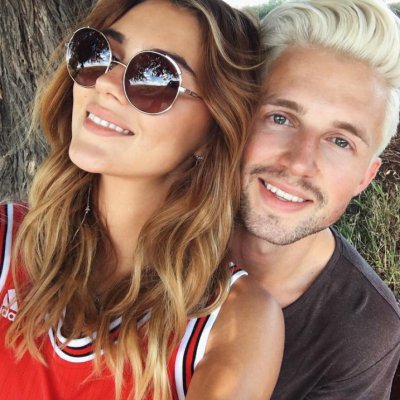 If your relationship has slipped into complacency mode, you can benefit by reminding your significant other of just how important you are. And in doing so, you are making sure you’re being the best you so it’s a win-win all the way. It’s not about being petulant, whining for attention or rebelling and doing what you want – it’s about subtlety and cleverness to help your SO realize how valuable you are and recognize the worth of your relationship.

1. Hang out with Your BFFs

Prove to him that you are quite capable of doing without him. Meet up with your friends as you used to when you were still single. Before you'll know it, you'll start to have fun again going out shopping with your BFFs, to the movies, cycling in the park or hanging out having pizza and a chat. You'll soon put a smile back on your face and a puzzled frown on his. How dare that girl have fun without me, will be going through his mind!

Rumor has it that guys prefer girls with independent minds and strong personalities. There are some guys out there who like their girls to be stupid and placid because they feel threatened otherwise, but they're not the type of guy most women want, right? Figure out your own desires and aspirations and how to achieve them and guys will see you don't actually need anybody's approval to make your dreams come true. Show willpower and independent spirit and you'll attract "thinking woman's crumpet," not chauvinistic fossils.

3. Embrace Life to the Fullest

Turn that frown upside down. Be the happiest gal you can be and remember the attractive personality your friends value, not the sad and depressed girl his neglect might have turned you into. Nobody likes to hang out with a misery guts, not even the guy calling himself your boyfriend. Guys are mostly attracted by good-time gals, women with a fun personality who want to do fun stuff and have a giggle. However, be yourself and don't try to emulate some other gal – if your boyfriend doesn't realize your importance, it's time to find a new guy!

Some guys who are attracted to strong independent women want a girl who serves as their crutch in life, providing them with love, care and support, just like their mum used to do. If your support is the predominant reason for your relationship, it's time you withdrew your support once in a while because he's taking you for granted. As soon as he realizes how much your support has actually meant to him in the past, he'll begin to appreciate you again.

5. Beauty is in the Eye of the Beholder

Actually, it isn't. Practice your hygiene regime, look as beautiful as you can and you'll be confident about yourself –and there's nothing more attractive than a self-confident person! And while it's true that there are men who are superficial and value women mostly for their looks rather than their personality, looking your best should make YOU happy, never mind your boyfriend. Look as fresh as a daisy, perfectly groomed, smell nice and dress to your best advantage and the world becomes your oyster. And he'll sit up and take notice, for other guys will be ogling you as you walk past!

If all your attempts at showing him how important you are have failed, it's time to speak up. Remain calm and polite, rational and firm, when you discuss your relationship expectations face to face. You deserve love, affection and support just as much as he does – if your guy cannot see that, and won't mend his ways after you've told him how you feel, it's time to leave him and find somebody who'll pay you the attention you deserve.

If you've previously picked up every one of his frequent calls, start being selective and miss a call once in a while. Show him your world doesn't revolve around his every whim. Keep a few conversations short, tell him you’re short of time, doing stuff with your friends or just having fun doing things you like doing on your own or with family. When you're less available, he'll start seeing your worth. If not, it's time for you to move on to somebody who does.

Don’t go at it with a sledgehammer. You shouldn’t have to work too hard. If you do, perhaps it’s time to take stock rather than make effort where that effort isn’t recognized or appreciated, or even reciprocated.

How do you get your SO’s attention when it wanes?